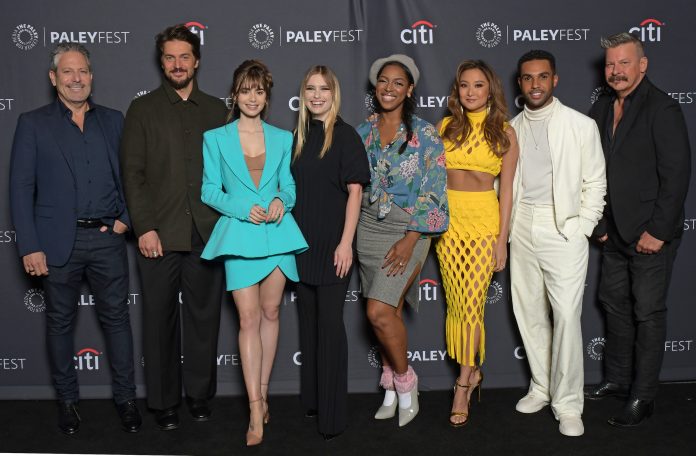 The cast and creatives behind Netflix’s hit show Emily in Paris traded the streets of Paris for the black carpet in Hollywood at their first-ever PaleyFest panel. A star-studded panel appeared at the iconic Dolby Theater, including Creator, Showrunner, Writer, and Executive Producer Darren Starr; Executive Producer and Director Andrew Fleming; and cast members Lily Collins (Emily Cooper); Ashley Park (Mindy Chen); Lucas Bravo (Gabriel); Lucien Laviscount (Alfie); and Camille Razat (Camille). HNS was on the scene to speak exclusively with the talent about Emily in Paris‘s second season and what to expect when we next see Emily and Co. in action.

Watch the exclusive interviews below for the cast and creatives’ thoughts on hot topics including Emily and Alfie’s relationship, whether Camille and Emily can ever be friends again, and of course the Emily / Gabriel / Camille love triangle – not to mention the gorgeous locations, fashions, and all other things France.

Watch the first two seasons of Emily in Paris now on Netflix, and stay tuned for more news about Season 3 – filming this summer.