Tyler Hoechlin (Teen Wolf) attended MCM Comic Con London and sat down on the couch to talk in front of fans. 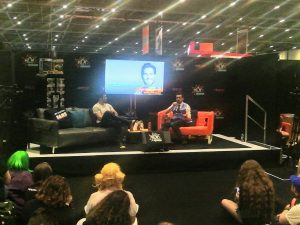 Hoechlin is best known for his role as Derek Hale on MTV’s supernatural drama Teen Wolf. He recently joined CW’s Supergirl as Clark Kent/Superman and then went on to appear in the latest Arrowverse crossover event. Fans from both of these shows were in attendance and got the chance to ask him a number of questions about both roles.

Check out the interview below.