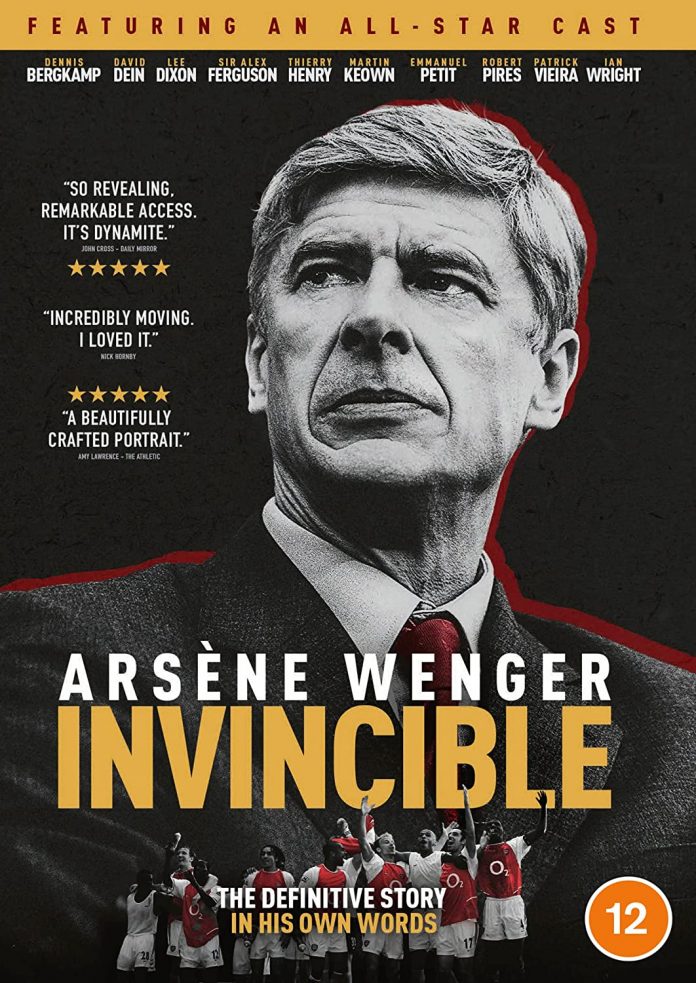 This Amazon Prime sports documentary tells the story of a mild-mannered French coach who not only came to manage, but also revolutionised one of it’s most illustrious football teams: Arsenal Football Club. They were founded in 1886 and became the third most successful team in English football history. Players helped manifest the dream of having a team go unbeaten in the English Premier league of 49 games from 2003 to the end of 2004, spanning over three seasons. They played a beautiful brand of attacking football – a showcase of pace, power and precision: a template that most teams use today, which Wenger laid down the foundations and blue print to do so, breaking the record previously held by Nottingham Forest Football Club that stood for decades. An achievement that still has not been broken until this day, and no team has come close since. For myself, a lifelong Arsenal fan, it is a privilege and honour for me to have the platform to write this for not only the Arsenal Football fans around the world and those new to the game, but a 9 year old version of me that went to watch them live for the first time at their old Arsenal stadium in Highbury-North London (Islington). This is indeed a full circle moment for me. Arsene Wenger managed the Football Club for over 22 years from 1996 to 2018, an amazing achievement which I believe will never be matched again at the Football Club, especially in this modern game.

Arsene Wenger was a man who carried himself with class, honour, elegance, integrity and absolute principles, even in the face of a game that was going in the opposite tide of less principles, more greed and a win-at-all-costs mentality, which pitted him against media, rivals and unbelievably sometimes his own fans. Wenger commented below on wanting to go the whole season unbeaten.

“The more the dream looks impossible, the more it can strengthen your motivation.” – Arsène Wenger

Arsène Charles Ernest Wenger OBE was born on October 22, 1949 in Strasbourg, France in a little town named Duttleheim. His nickname of “the Professor/ Le Professeur” was given to him by fans and media alike due to his studious, mild-mannered look, high intellect and grand knowledge of the game. Arsene Wenger: Invincible allows us to get inside Arsene Wengers brilliant mind and get inside the inner workings of a fascinating character that helped make the game into what it is today. He managed as Monaco in France and Naagoya Grampus in Japan before coming to Arsenal F.C. He film showcases his hunger to succeed, the ups and downs he had his childhood, education and so much more. He studied Economic and Management Sciences at the University of Strasbourg and also studied medicine there for a short period. He did a short stint studying a language course at the University of Cambridge in England. He is fluent in French, German, Spanish, Italian, English and Japanese. He has had profound influence and contribution to British and world football. He even helped design the current training ground at London Colney. Such things as his diet regimens rejuvenated Arsenal and helped Arsenal Football Club become the gigantic global brand it is today. He has an ability to find young, raw talents through academies and scouting to create world class football greats such as Thierry Henry, Patrick Vieira, Lauren, Ashley Cole, and elevate already top players such as Tony Adams, Dennis Bergkamp, Ray Parlour, Martin Keown, Sol Campbell and Ian Wright to achieve more in their careers and leave the game as all time greats wearing the red and white colours of Arsenal Football Club AKA The Gunners. This is was one of his great trademarks.