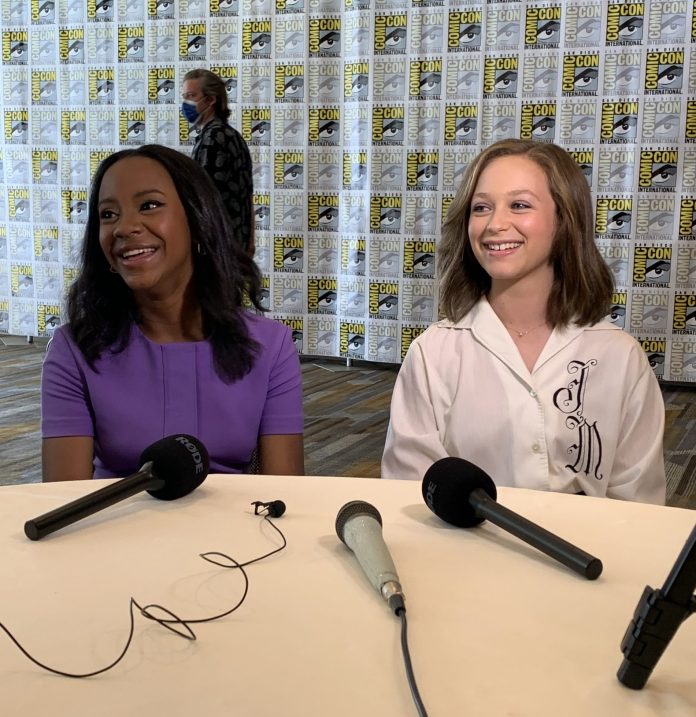 We attended San Diego Comic-Con and caught up with the cast and creators of the brand new show “Paper Girls.” We learned all about the characters from the graphic novels, how they approached adapting it into a TV show, and some differences between the two. The show sounds incredible, and we had so much fun speaking to everyone. Watch our interviews below and be sure to tune into “Paper Girls” on Amazon Prime!

In the early morning hours after Halloween 1988, four paper girls—Erin, Mac, Tiffany, and KJ—are out on their delivery route when they become caught in the crossfire between warring time-travelers, changing the course of their lives forever. Transported into the future, these girls must figure out a way to get back home to the past, a journey that will bring them face-to-face with the grown-up versions of themselves. While reconciling that their futures are far different than their 12-year-old selves imagined, they are being hunted by a militant faction of time-travelers known as the Old Watch, who have outlawed time travel so that they can stay in power. In order to survive, the girls will need to overcome their differences and learn to trust each other, and themselves.

Paper Girls is from Amazon Studios and Legendary Television, in association with Plan B. The series is executive produced by Christopher C. Rogers, Stephany Folsom, Christopher Cantwell, Brian K. Vaughan, Cliff Chiang, Steven Prinz, and Plan B. The series was created for television by Folsom. Season One is directed by Mairzee Almas, Georgi Banks-Davies, Destiny Ekaragha, and Karen Gaviola.