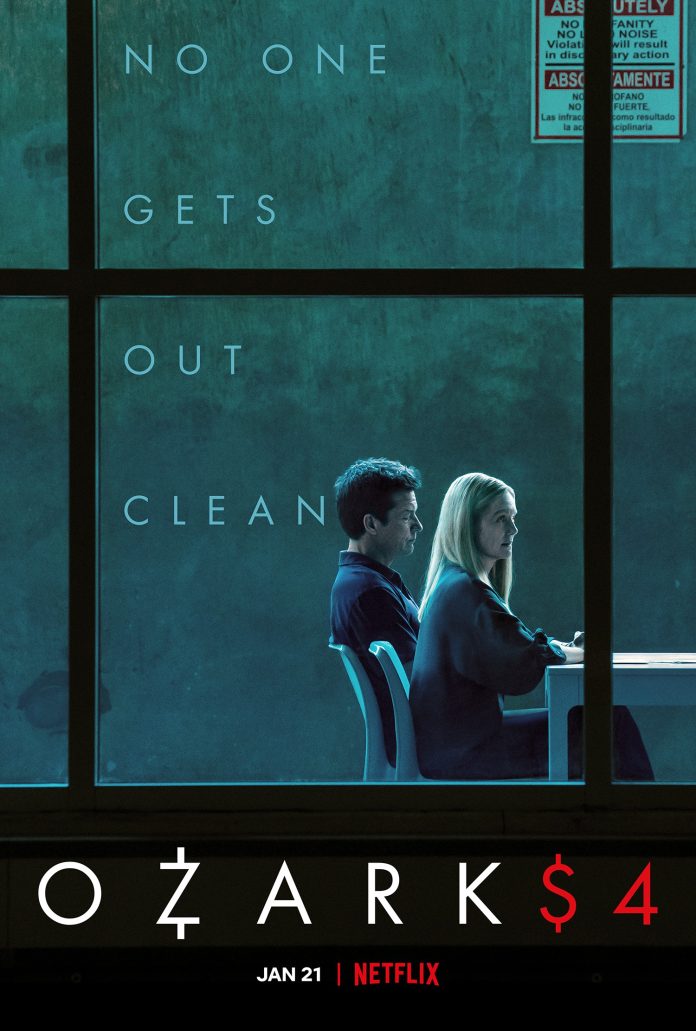 I’m late to the party, having just finished the series finale of “Ozark” this past week. However, I can’t stop thinking about the ending and the fact that it’s actually over. I’d like to preface this article by saying I would never have watched this show in a million years. I’m the kind of girl who watches Hallmark movies and sitcoms, so a show as dark and insane as this was something not on my radar. Give me a cheesy romance any day, but I am so glad I got out of my TV comfort zone and watched it because it was such a wild ride! Truly, one of the most on-the-edge-of-your-seat shows I have ever watched.

Let’s dig into my thoughts on the final season because I have A LOT of thoughts. Also, SPOILERS ahead.

As far as the storyline of season 4 goes, it wasn’t one of my favorites. The previous seasons were just so good, but that doesn’t mean season 4 wasn’t good. It was! Being as it was a few more episodes than the previous seasons, they had more time to tell a story. Some of it was necessary to the storyline, but some of it seemed to be dragging. For example, they spent entirely too much time on Wendy’s father and his search for his missing (dead) son, the partnership with Claire and her business and Mel, the PI, investigating the Byrdes.

It was interesting to see Javi in control of the cartel while Omar was in jail. I was shocked that in the beginning of the second half of the season, Ruth went through with killing Javi. I didn’t see that coming — totally thought she might back down, but not Ruth! Javi was straight up an unhinged, evil person, so every scene he was in made me nervous. You could tell he also gave Marty and Wendy a scare, too. Omar being in jail brought a different edge to the show, and it really portrayed how shady the FBI is and how quickly his family was ready to turn on him. Camila was an interesting and scary addition to the show. That woman was ruthless. After hearing about Omar Navarro all throughout the series, I was surprised he met his end at the hands of the FBI and Byrdes.

Focusing on the Byrde family, the not-so wholesome family from Naperville, Illinois, this season really showed that they were not capable of change. Usually in TV shows, by the end, you see the characters grow. Marty, Wendy and even Jonah and Charlotte all stayed the same, if not more vile than when we first met the family in season 1. They were cold, ruthless, uncaring and every other bad characteristic that you can think of. I don’t think I hated a character more than I hated Wendy Byrde. Talk about not having an ounce of remorse or feelings. She wanted power and control so bad that she did anything she could to have it.

This season focused on the family getting out of the Ozarks and back to the Windy City, but of course, not everything went all that smoothly for them — as it shouldn’t have. Marty taking the reigns as the head of the cartel while Omar was in jail was interesting. I feel like that’s truly when Marty become even more cold than he already was previously. Granted, he was never a good dude, but after coming home from Mexico, he seemed to lose any care and feelings he possessed. Also, Jonah just casually laundering money for Ruth…Dude, you should be going to high school football games instead. Their family dynamic was like a bad soap opera: it was made up of utter chaos and resentment toward one another. They started turning on each other this season, mostly Jonah, but that added to the drama even more with them trying to clean up their lives. Would they all make it out as one big, happy family?

Now, let’s talk about Ruth. I enjoyed when they were all friends, but I also understood why Ruth wanted nothing to do with the Byrdes. Probably having to do with the fact that the family was straight up evil. She joined forces with Darlene, but soon that came to end when Javi killed both Darlene and Wyatt. After that, Ruth became a woman hellbent on revenge against the man responsible. Showing up at Claire’s office, she killed Javi, which really did shock me as much as it shocked Claire, Marty and Wendy.

Overall, the storyline of the season was solid, albeit, a little slow at times. It still made for an intense season.

Give Jason Bateman, Laura Linney and Julia Garner ALL THE AWARDS. I really believed them in their roles — Linney played Wendy so well. Like, I felt real hatred toward this fictional character because of how well played she was by Linney. Same with Bateman as Marty. I’ve only seen him in a couple of things before, and they’ve been comedic roles, so seeing him play Marty was a whole different ballgame. He was just so good at it. Every time I see the memes about how cool and collected Marty is, I can’t help but laugh. He did play him so cooly, but in a way that isn’t lazy but thought out and distinctive to his character. Garner was so so so good as Ruth — from her anger to to her snark to her sadness, she handled those emotions like a freaking pro. She made Ruth likable, and I was rooting for her to start from scratch and make a life for herself, but, well, I’ll get into that soon enough…

It wasn’t just the core characters who were good, each actor and actress brought something to the show. Whoever the casting director was for this show deserves a round of applause.

What in the World?! That’s literally the only thought that crossed my mind when I watched the final moments of “Ozark.” As far as the ending goes, I am mad and confused and they can’t just go back to Chicago and act like everything is fine? Can they?!

In the final moments of the series, Camila threatened Claire until she told her who killed her son. In that moment, it was over for Ruth, and Wendy and Marty could do nothing to prevent her inevitable death from happening. While Ruth drove home for the night, I wanted to scream at her to just speed away upon seeing the stalled vehicle at her house. Camila emerged from the woods surrounding Ruth’s house, and Ruth told her she had no regrets about what she did and to just get it over with. At that, Camila killed Ruth. I didn’t expect to cry, but I did, I cried. It was uncalled for, but Ruth went out as a bad ass. Even in her final moments, she didn’t really show any fear. Poor girl — she was really getting her life together.

Of course, the whole Byrde family makes it out alive. It’s like Mel, who showed up at the end, revealing he knew they killed Ben, said: the Byrdes did think of themselves something like royalty, almost as if they were untouchable. He’s right — people like that never face consequences. So, again, that did make sense to have them walk away without any physical scars. Which brings me to the fact that as Mel is telling them he’s going to prove for sure they killed Ben, Jonah came out pointing his gun at Mel. With some pointed glances and slight nods from Marty and Wendy, the screen goes black as a gunshot is heard. Did he actually shoot Mel? I read an article that implies that the ending is open to interpretation on if Jonah shot Mel or if he shot the cookie jar containing Ben’s ashes.

Honestly, I don’t know what to think. Him shooting the jar didn’t even cross my mind until I read that article, but that would make sense. Part of me thinks Jonah wouldn’t kill a person, but the apple doesn’t fall too far from the tree. He doesn’t have the best examples around him, so I don’t know what to think. What I do know is that I want an actual answer. Don’t end it all mysteriously…I need to know the actual ending.

I binged watched this show since last fall. It was something I looked forward to watching when I had a spare hour or so at night. It kept me questioning what would happen next — it was so darn intense. Well, I guess it’s time to find another TV show to watch. Maybe something a little lighter and funny. What did you think of the final season?