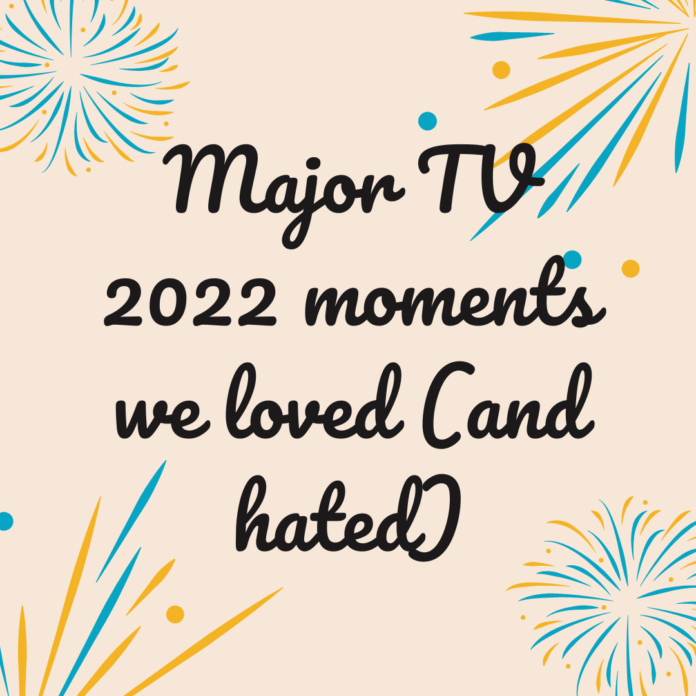 There were so many major TV 2022 moments!

As 2022 draws to end, there was a lot of TV to consume, which I am a fan of. Obviously. While some TV moments made us smile and cheer, other TV moments had us upset and mad. But isn’t that the point of TV — to garner a reaction?

Now, if you are behind on shows (“Abbott Elementary,” “The Marvelous Mrs. Maisel,” “Ozark,” “She-Hulk” “The Boys,” “Killing Eve,” “Stranger Things” or “The Good Doctor,” proceed with caution because this will be a SPOILER ZONE.