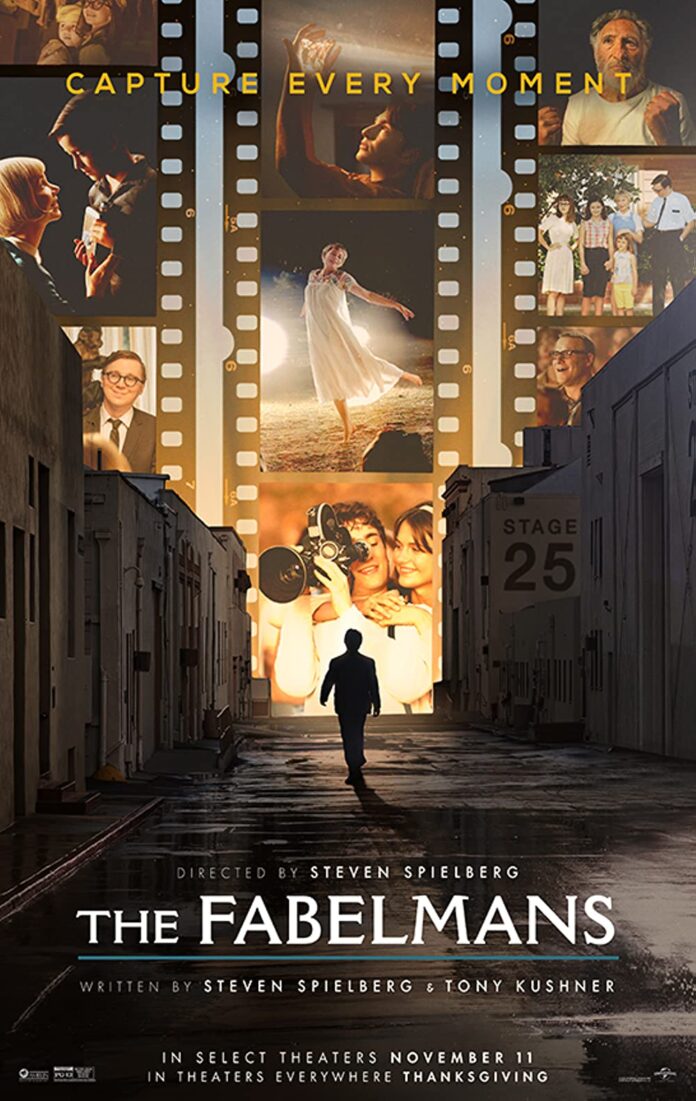 Steven Spielberg’s success has touched multiple generations, so it’s fitting he gets a story about his inspiration of film. The caveat: he gets to make it himself.

The film follows the life of young Sammy Fabelman (based on Spielberg) as he aspires to become a successful filmmaker. He must endure family hardships throughout much of his adolescence. During this time, he uses his skills to present how film can help us rediscover the meaning of life, the value of truth and the importance of family.

The most impressive aspect of the film is the intimacy of it all. You can tell Spielberg took time and care into crafting a story that’s worth telling: his personal journey.

We really get to understand the smaller characteristics that inspired him to create films the way he does. His ability to portray perspective of a certain time is very impressive. The humanity of his family situation provides insight into each character’s perspective as well. Many of the family members have a flaw or struggle in certain areas of their lives, but Spielberg provides insight into each character’s life to make their view of the world tangible. I love when a story can do that. This makes them more human, and the message more potent.

There are some good performances as well. Paul Dano and Michelle Williams are good as always, but the standout was Gabrielle LaBelle as the young Sammy. He perfectly captures what it would be like going through life as a young Jewish boy in California with dreams of becoming something more. The touching sequences where he shares intimate moments with his family were great, but the conflict scenes were the most engaging. Whether it be confronting a cheating parent or standing up to a bully, young Sammy makes for a very strong lead.

There aren’t many issues I have with this one, but there were a few areas worth noting.

The main aspect of the film that stuck out was the pacing. There were sequences in the film that seemed prolonged for stylish purposes rather than enhancing the story. Cleaning up these elongated sequences would have helped the plot move at a smoother pace.

While I felt Michelle Williams gave a good performance, I don’t think it was her best. Many have praised it as one of her best, but she has given far superior performances.

I also wish we got more of Spielberg’s filmmaking background. But as the story moves along, we learn that it’s more about his family dynamic rather than his introduction into Hollywood.

“The Fabelmans” is a worthy story of a man who changed the face of cinema. It was inspiring to see such an intimate look into one of the greatest filmmakers of our generation.

Definitely check this one out, as it will be in contention come awards season. Well done, Mr. Spielberg!