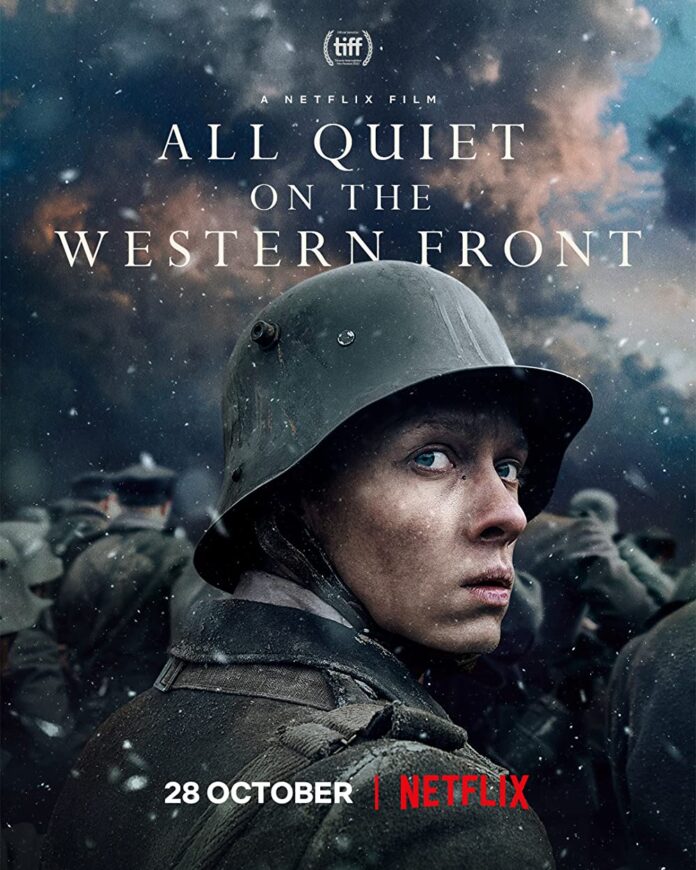 “All Quiet on the Western Front” Rating: 5/5

Upon recommendation of a German friend, I decided to check out the remake of this famous story.

It tells the story of a German soldier’s firsthand experiences during the first World War. He experiences loss, tragedy and unspeakable cruelty while defending the western front. All while considering if the war is worth it.

Simply put, the film is impeccable. It’s been quite some time since I forgot that I was watching a movie. Every segment was intense and immersive.

Certain scenes are shot as a long, continuous tracking shots, making the war sequences especially unrelenting. Each frame is created with such detail. I can’t imagine the rough and gritty conditions these men had to go through in order to stay true to the setting of the battles.

The actors also give impressive performances, especially the boy we follow for most of the story. It’s a film that relies more on facial expressions and physical movements rather than dialogue. This works because the sense of hopelessness and bleak realization the characters feel is conveyed perfectly. A rare case where I find less dialogue is more effective.

The score also compliments the tone of the story. It’s simple yet effective, building upon the tension and rising conflict. Certain scenes don’t hold back on the brutality either. Some are so intense that the soldier’s fear and pain translate straight to the viewer themselves. So just be aware that some of the battle scenes aren’t for the faint of heart.

My absolute favorite scene of the movie is where our lead’s humanity is tested. His own morality is split between the duty he follows and the sympathy he has for another human. Killing isn’t so black and white when looking into another man’s eyes, seeing what this stranger will lose once he kills him. The sequence was very powerful.

I’m happy to say this section will be short!

Nothing outright stood out to me as a flaw. The one aspect I could see being improved were certain lulls between the war sequences. However, I believe these scenes were effective because it gave the soldiers time to think about what happened to them and how they might attempt to cope with it moving forward with their lives.

As far as remakes go, this is one of the best. “All Quiet on the Western Front” is a harrowing perspective of war and the effect it will have on a generation. It does this while questioning the logic and necessity of the brutality it elicits.

Effective battle sequences and an emotionally heavy premise guide this war story to the finish line in spades. A definite must see!