The line to get into the New York Comic Con panel for Hulu’s Future Man featuring Josh Hutcherson (Josh Futturman), Eliza Coupe (Tiger) and Derek Wilson (Wolf), started hours before the actual panel (I proudly started it).  Fans were hoping to hear about the new world created at the end of season 1, what indignities might be placed on Hutcherson/Futturman in season 2 (spoiler alert: there will be many) and when they needed to black out their calendar in anticipation of the release of the new season.   All these questions were answered within the panel which included the added bonus of a sneak peak showing of season 2’s first episode.  Going forward there are spoilers, so if you continue reading, consider yourself spoiled.

Let’s get started with the questions: what will the new world created at the end of season 1 look like?  Well, sadly for Josh (Futturman, not Hutcherson) the world does not resemble what he left behind or what he thought it would look like when he destroyed the laboratory at the end of last season.   It’s a bit of a buzz kill, for sure.  This season, Futturman will have to learn to live in the future he helped create by jacking around with time last season.  There will be surprises, action, mind f*cks (for reals, like actual mind f*cks), a return of The Prothesis (you know which one…), and more collective genius than you can possibly imagine right now. 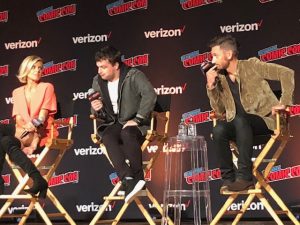 Question 2: Will Josh (Hutcherson, not Futturman) suffer any indignities this season? I’m going to have to admit I hadn’t thought of this question before NYCC but it was a common theme among questions asked and comments made so I guess I was in the minority.  However, I think you can infer from the previous paragraph that, “yes,” he will suffer personal and professional indignities in the name of entertaining you this season.   Score! 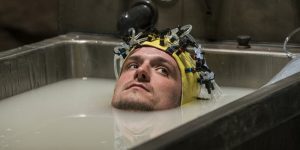 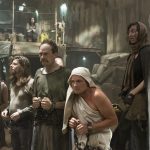 There will also be plenty of Tiger and Wolf shenanigans afoot.  Tiger has a little something going on with Stu and, Wolf has a bit of a polygamous situation happening with his family.  That Wolf, what a man.

Question 3:  When can we expect the new season to premiere?  January 11, 2019 is the date, folks!  Sit tight.  There are holidays coming up so the time will fly. Until then, here’s a small something to bring you joy.