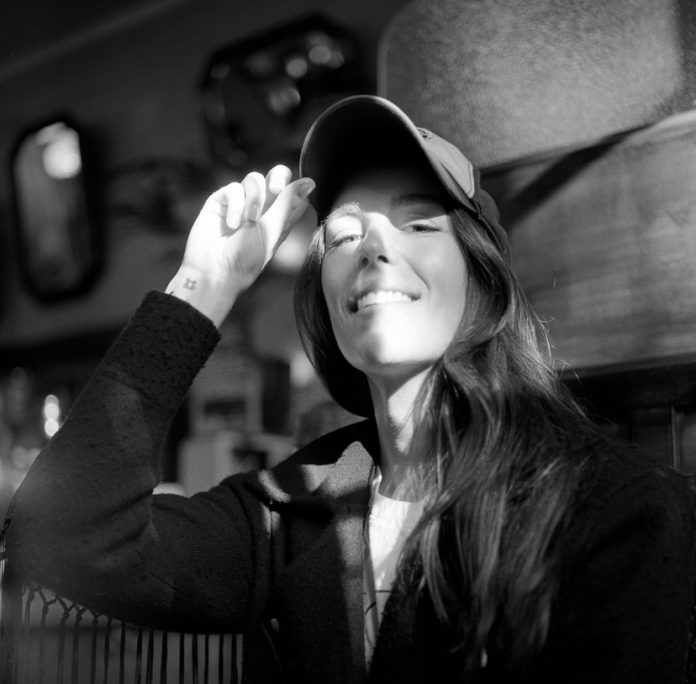 HNS had the opportunity to delve behind the scenes with a very talented singer and songwriter from Scotland, Anna Nokomis. In our interview, we find out about the origins of her music career, her musical influences and how growing up in a musical household influenced her creative outlook on music and life.

We also explore her love of vampire movies, specifically “The Lost Boys,” and how growing up near Edinburgh influenced her outlook —and how that helped her on this current creative and musical journey.

Additionally, we discover how she found the internal emotion and soul in her music to find her authentic self in her performances. This led to the rest of the world finally getting to listen to her beautiful, soulful and vocal talents. We also explore more insights into her creative process of being a an artist.

Domingos Coxi- When did you first fall in love with music, Anna?

Anna Nokomis- Since as long as I can remember. I’ve always been obsessed with music.

DC- Who was your musical influence growing up?

AN- My parents have good taste in music. Mum would play albums from artists, such as Leonard Cohen and Ella Fitzgerald. My eldest brother was the lead singer in a band and rehearsed in our garage – I was the annoying little sister who insisted on sitting and watching them play for hours. Musicians were always hanging around the house, so I was really lucky to be surrounded by music when I was growing up. I had always listened to many different genres and styles of music (and still go through musical phases!), which definitely helped to influence my own sound.

DC- What inspired your debut album In Waves, and why did you name the album that?

AN- In the past, I played with different genres and sang with other producers but never felt like I had written anything that was emotionally raw and honest.

The In Waves album was co-written with Mike Marlin and Danny Monk, who I’ve both known for years. Mike’s been an inspiration to me and always encouraged me to keep pushing with my singing, and Danny is a talented producer/mixing engineer who runs the studio in London where we wrote and recorded the album.

I had just finished singing on a small UK tour with another artist when the two of them sat me down in our local pub and said we should attempt to write some songs together…and something just clicked. Of course we had no idea at the time what would come of this collaboration, but when we finally finished the project, we knew instantly that In Waves was the right title track for the album.

DC- Which songs would you recommend that your fans look out for on the album?

AN- The song that resonates the most with me personally, would be “Follow You Down,” which was the first song we wrote together. It was bold to write, considering the heavy subject matter, but it was imperative that I got it out of me — almost like a form of musical therapy. It was a struggle to record the vocals and almost couldn’t do it, but we got there in the end.

For those listening to the album for the first time, I would suggest checking out tracks such as “Closer,” “Lay My Body Down” and, of course, the title track “In Waves.”

DC- I know you are a massive movie fan, and you love “The Lost Boys,” which starred a young Kiefer Sutherland. What is your favorite song from that movie soundtrack and why does that movie resonate with you so much?

AN- “Cry Little Sister” by Gerard MacMahon – this song gives me chills, it’s probably one of my favorite film theme songs ever.

I’ve always had a soft spot for anything vampire related, ever since I pinched my friend’s parents copy of “Interview with a Vampire.” I was far too young to be watching it at the time but couldn’t tear my eyes away from the screen… been hooked ever since. “The Lost Boys” is also a classic and definitely one of my favorites, although I’m a little nervous about the impending remake…

DC- Where can people find your music, and do you have any live performances coming up?

AN- The In Waves album is now available on all the usual streaming platforms, such as Spotify and Apple music and can also be purchased digitally. For vinyl lovers out there, some limited pressings are available to purchase via our Bandcamp page.

We will be performing some London gigs later this year.

DC- What was your experience in filming the underwater scenes for your music video?

AN- I absolutely loved it. The team at Tank Space were so professional and such fun to work with! It was like being in a giant hot tub all day – although falling backwards repeatedly was hard work on the sinuses. Once I learned to hold my breath properly, I could stay underwater a lot longer.

DC- Where in Scotland did you grow up, Anna, and what were the musical instruments you learned to play?

AN- I grew up in the countryside on the outskirts of Edinburgh.

Although I loved to sing, I really wanted to learn drums, but it never came naturally to me, so I decided I would stick to just singing…We had a small piano at home, and I would spend hours on it making up little tunes. My Mum still has that piano now, and I still use it to write.

DC– What advice would you give the 10-year-old version of yourself or anybody wanting to succeed in the entertainment industry?

AN- I guess I’m still on my journey, so not sure I am in the right position to give advice to others on this question. I didn’t sing in front of people for many years because I was terrified of performing. It’s something I still struggle with even after years, so I would tell my 10-year-old self to stop hiding and just sing.

People will judge you no matter what, and that will only be a disservice to yourself by keeping your talent hidden. I would also say to just put your music out there and stop waiting for everything to be perfect — as long as what you write and sing is authentic and it’s from the heart, then nothing else matters.

Below is the official Video for ‘In Waves’ on Anna Nokomis’ YouTube Channel:

Here are Anna’s other social media channels below: