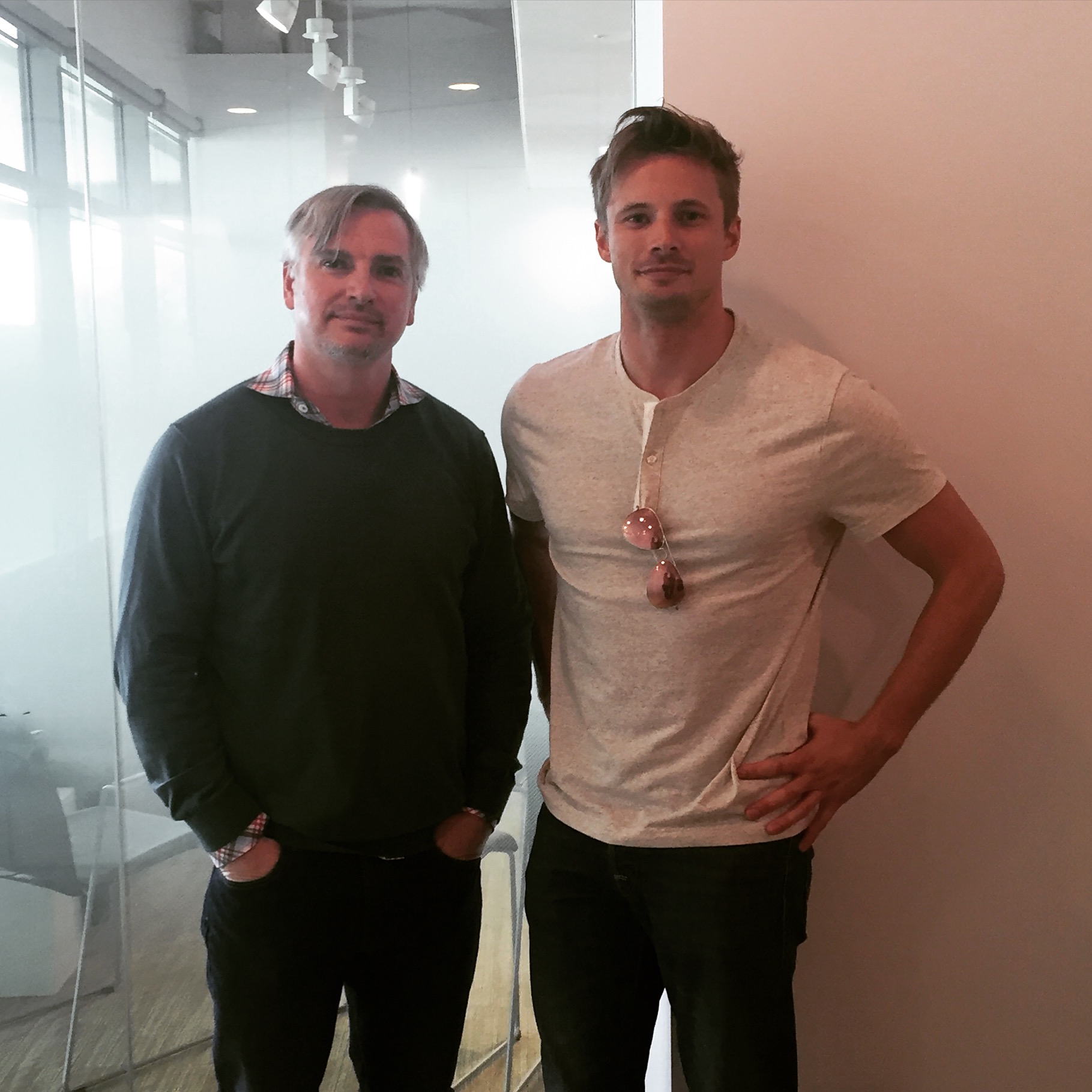 HNS got treated to the Season 1 Finale of A&E’s Damien on Friday and sat down and chatted with star Bradley James and creator Glen Mazzara. Check out what we learned below and be sure to tune in on Monday for the finale! Starring Bradley James (Homeland) in the title role, “Damien” follows the adult life of Damien Thorn, the mysterious child from the 1976 motion picture who has grown up seemingly unaware of the satanic forces around him. Haunted by his past, Damien must now come to terms with his true destiny — that he is the Antichrist. Barbara Hershey stars as Ann Rutledge, the world’s most powerful woman who has been tasked with making sure Damien fulfills his destiny. Omid Abtahi portrays Amani Golkar, a close colleague of Damien’s whose fierce loyalty will be tested when he realizes who his brother-in-arms actually is. Meganlyn Echikunwoke plays Simone Baptiste, a woman whose life is thrown into turmoil when tragedy unexpectedly strikes.

“From a storytelling aspect, every time you think you know what’s happening, we pull the rug out from under you.” The first few episodes, the show is setting things up. Then they throw in the hospital episode. Then Episode 6. That’s all because this is a psychological thriller, and it’s intentional. Mazzara wants the audience questioning where the show is going to go next. Ultimately though, something that is important and definitely something the show consistently achieves – is that it’s emotionally honest.

“The evil that’s around Damien is being loosened,” Mazzara explains on taking Damien darker. Without giving away the huge spoiler, if they get a Season 2, they are prepared to take it darker with Damien.

Bradley James explains on whether or not he sees his character as “bad” or “evil” – “I don’t think anyone considers themselves a bad person. If you watch any film, pre-millennial, then yeah I think everyone is looking out for their own interests. Even the good characters. And I think society is a lot more aware of us, the individual, of our desire. We don’t see each other as just the ‘good’ or ‘bad.’ You can’t label people as quickly, we have a deeper understanding of each other. I think social media is the reason for that, just as a social growth. For Damien, I don’t think he’s going to be aware of what he is doing as good or evil, I think he’s doing things that suit him.”

On the death of [spoiler] in episode 9, Mazzara explains that evil wanted to consume her and also that her death was a nod to Evil Dead, as he’s a fan of that film. The death has sexual undertones to it, and Mazzara explains that in a lot of classic horror films, there almost needs to be a sexual nature behind it to truly highlight the evil nature to it. Another example of this he says is The Exorcist. If something is truly evil, there’s a high possibility of a sexual nature behind it.

On comparing those who wish to stop the apocalypse and those who embrace it, Mazzara acknowledges that there are shades of gray on both sides. He doesn’t want the show to be black and white. Even the church has questionable motives, wanting to commit crimes for what they believe in. But everyone thinks they’re right. The characters stay true and firm in what they believe in. Mazzara points out the argument that if this is all part of God’s plan, you could argue that this is all God’s doing, not the Devil’s. “There is not that clear presence of, ‘What is this? What is that?’ People I think struggle to differentiate from themselves,” James explains.

I don’t want to give away too many spoilers – because this is certainly a finale you don’t want to miss – but I will say this episode has the highest body count yet. And a lot of new revelations come to the forefront… so tune in Monday night on A&E!