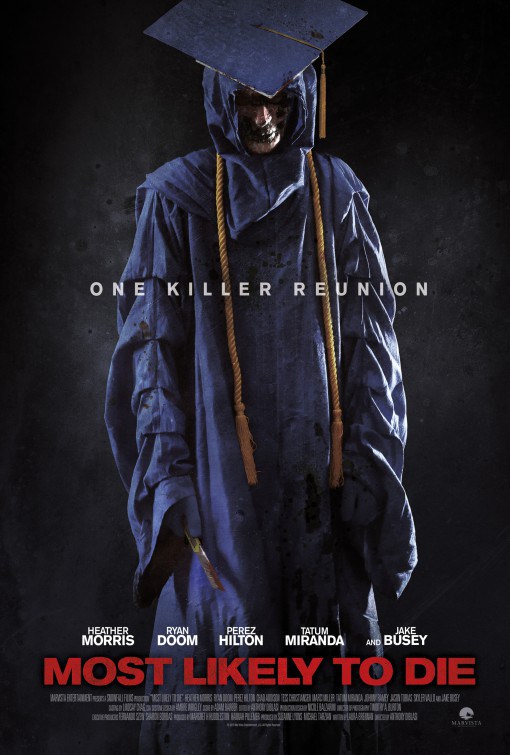 Most Likely To Die is a 2015 Horror film directed by Anthony DiBlasi (Last Shift). Check out the trailer and our review of the film below. A group of former classmates gather for a pre-party at one of their homes the night before their 10-year high school reunion, and one by one, they are brutally slain in a manner befitting each’s senior yearbook superlative.

A Slasher film with a somewhat unique premise with a group of school friends returning to the hometown for a High School Reunion. Unlike a lot of films in the genre, it doesn’t start with a flashback but decides to go straight into the action. At that point I found myself asking the question about what type of film I was watching. Generally you expect the first death to set the tone but in this case we don’t “see anything” with everything suggested off-screen for the first ‘kill’.

Watching the rest of the film, you’ll see that it was a deliberate decision of sorts to do things that way. One of the weaknesses of a single location horror film is that it is hard to generate much in the way of feelings for the group as they are systematically slaughtered.

I like the 10 year gap from the events that led up to this, we can talk endlessly about whether or not high school matters and the gap makes it easy for the cast of characters to forget what they did. This was one of the things that the film managed to pull off.

Having Heather Morris as the star was a big part of me being keen to watch this but I fear that her performance somewhat suffers from the same problem as everyone else does which is the ongoing question of whether or not we really care about these characters. I thought Morris was underappreciated on Glee despite fighting her way up from being a backup dancer through the first half of season one, but this is not the place to discuss the endless problems with that show.

I can’t talk about Morris without talking about the other ‘big’ signing Perez Hilton. I’m not one to talk about acting performances mostly as I think 75% of problems with an actor’s performance can be traced back to issues with the character itself just not working, but in this case I think the blame goes both ways.

One of the things that I wasn’t sure about was if the film knew what it was trying to be. At first glance this is a Slasher film, but the film seems to shy away from anything too violent for the most part and when we do see something that might actually make us wince, it is lacking in the physical effects department. The film also seemingly decides to keep away from the titillation that generally comes with the Slasher genre with just one topless scene and a pretty understated hot tub scene, which is more about offering a little insight into where everyone is now in their lives.

Most Likely To Die is a mixed implementation of an interesting idea, the audience is asked to take a lot and indeed too much on faith about the motivations and past of the returning class. It suffers from having too many characters to backstop leading to them coming off as little more than cardboard characters. There is some good here, and these problems are common to nearly all Slasher films post Scream. 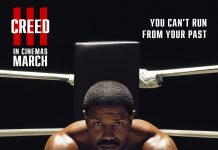