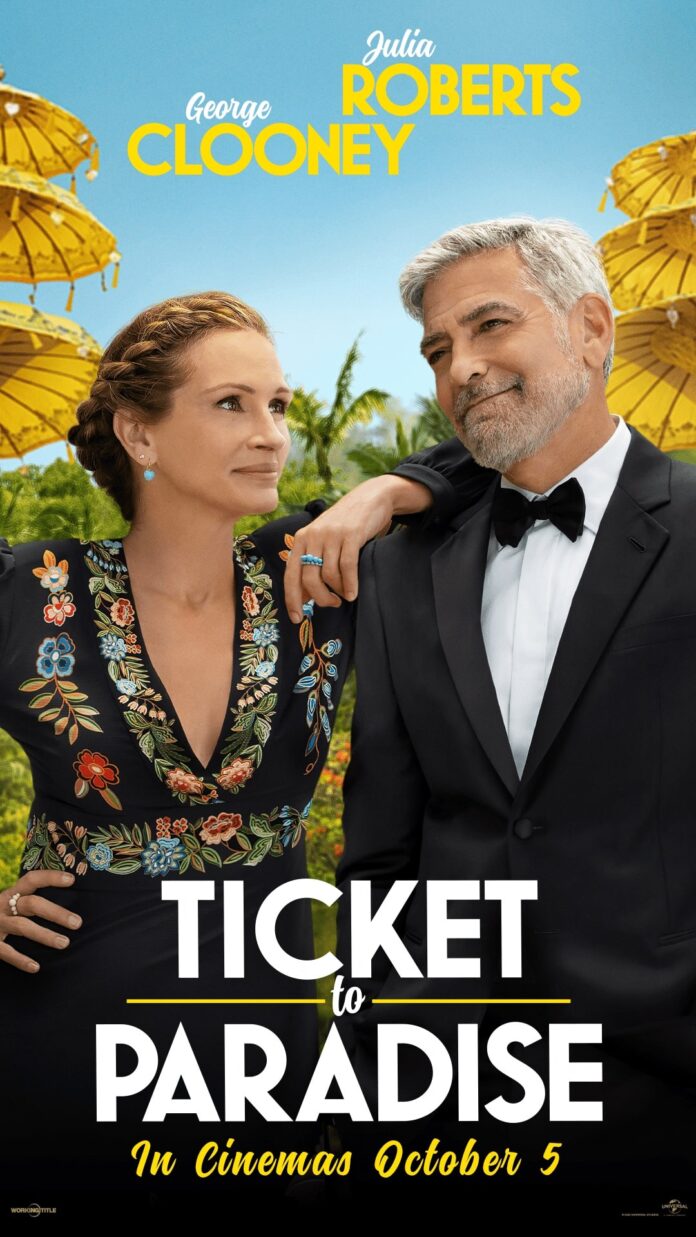 Julia Roberts and George Clooney team up for an old school rom-com, what could go wrong? Apparently, a lot!

A divorced couple find out that their daughter becomes engaged while celebrating her graduation in Bali. The parents concoct a plan to stop the marriage and prevent her from making the same mistakes from their marriage.

I was really hoping a set of old school actors would bring enough charm to a story that’s not entirely original. While I think Clooney and Roberts give it a valiant effort, I don’t think the writing for their characters was enough to carry this story.

I will say the filming location makes you want to drop everything and get engaged in Bali, too!

There are some earnest attempts to develop perspectives from the parents and the daughter, making their conflict relatable. This is relatable for any parent/child relationship.

This ticket doesn’t take us to paradise. Instead, it gives us a one-way ticket to a ridiculous story, choppy dialogue and an unfulfilling comedic venture. Unfortunately, a rom-com with so much going for it doesn’t indicate guaranteed results.

Roberts and Clooney are subjected to choreographed bickering that is incredibly hollow and unconvincing. Not once did I feel their arguments were authentic.

Their background is also pushed to the back burner, so we never really get to feel sorry that their relationship failed. I also felt the daughter’s relationship was forced to be the central piece of the plot. The couple had very little chemistry and never felt convincing that this charade was worth the ride. This might be Kaitlyn Dever’s most disappointing performance to date. But it’s not entirely her fault because the material she’s given is pretty bad.

Nothing about this story felt genuine or heartfelt but instead feels mean-spirited. I found it hard to relate to any of the characters.

“Ticket to Paradise” manages to be one of the 2022’s most disappointing films. It wastes the talent of Julia Roberts and George Clooney by throwing them into this hodge-podge of a story.

It’s neither memorable nor funny. I would suggest skipping it unless you’re keen on the rom-com genre.