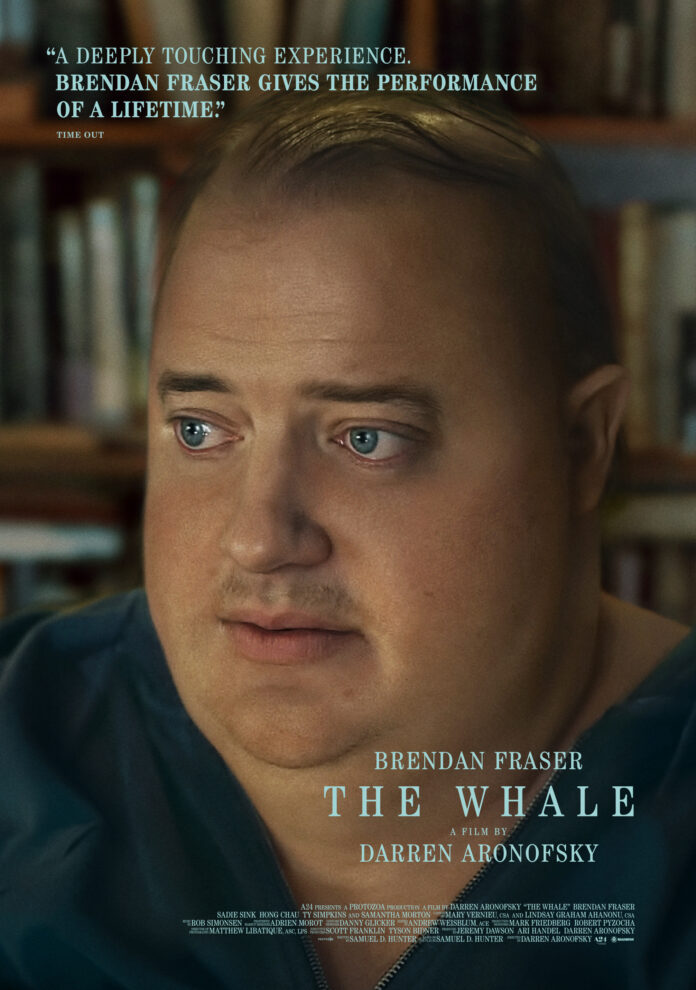 Brendan Fraser’s return has garnered plenty of anticipation. We find him taking a dramatic role that could reinvigorate his career.

He plays Charlie, a reclusive online English teacher who attempts to reconnect with his daughter. We encounter the few close to him and their efforts to help Charlie rekindle the spark in his life.

As one would expect, the main reason to see the film is Brendan Fraser. His performance lives up to the hype and adds another layer of credibility to his resume. Fraser provides a performance that captures the kindness of his character, but also the struggles he’s internalized through his incessant eating.

Charlie (his character) is truly heartbreaking to watch. We see his life unfold through interactions with the few close to him. Each character nicely plays into each area Charlie struggles with. Whether it’s his daughter, his caregiver or a well-meaning religious evangelizer, they all have an impact on Charlie.

I also enjoyed the intimacy of the film. Very rarely can a story take place in one room and avoid feeling sluggish in the runtime. “The Whale” succeeds because each interaction is engaging and important.

Let’s not forget the supporting performances either. Hong Chau was excellent as Charlie’s caregiver, providing chippy banter for comic relief but also being serious when Charlie needs a reality check. The other supporting performances were great as well, but those two are the shining stars. I think anyone can watch “The Whale” and take away something positive about their lives. Though the film is quite sad, it leaves us hopeful that we can amend any relationship or overcome our struggles.

I’ll warn people that the story is heavy. It addresses many aspects of life that are unpleasant. Naturally this gives the narrative a bleak tone. For those who don’t enjoy feeling emotionally tethered after a movie, I would say tread lightly or see something else. Of course I’m recommending the film, but this is something to consider.

Certain confrontational interactions between the characters felt over-the-top, particularly between Charlie and his daughter. The abrasive, mean spirited demeanor that coats these connections didn’t carry as a normal conflict would. It seemed excessive to reinforce the ideas being addressed with Charlie. This is not the case with every interaction, but a few were overdone.

“The Whale” is one of those stories that is character-driven and purposefully intense. I really enjoyed how the film is unapologetically bold and addresses Charlie’s life with a resounding sense of accountability. At the same time, we see him humanized to the point where we are rooting for him and the rest of the characters.

I would definitely recommend if you can handle the heaviness within the themes.