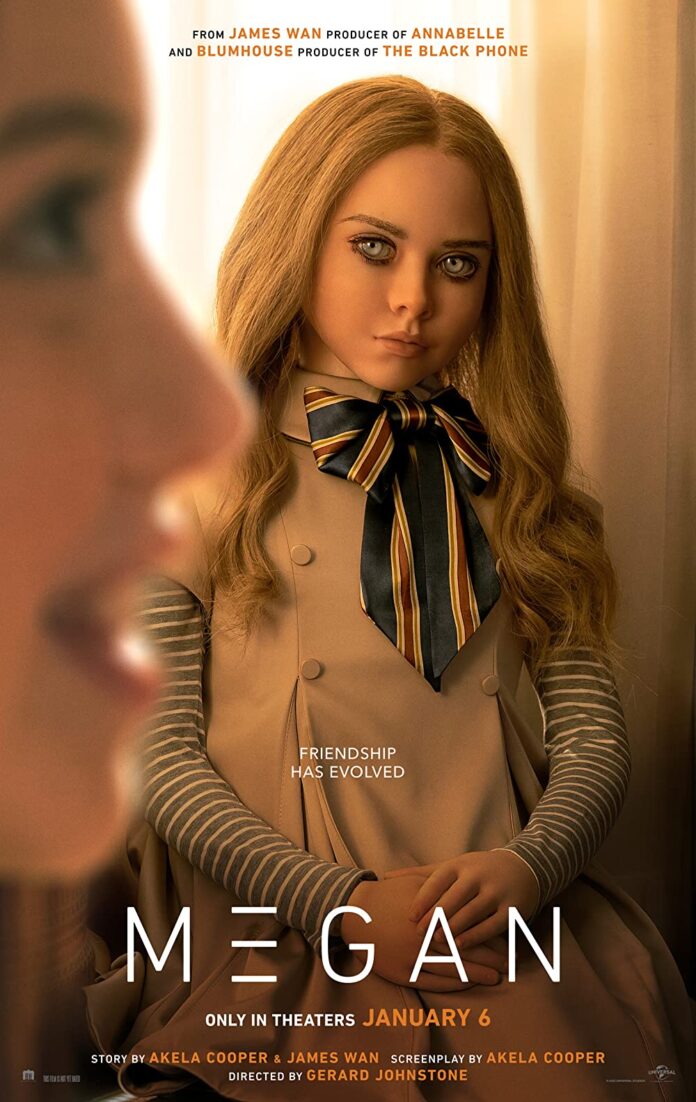 January kicks off with a staple of the industry: a low budget horror film. Normally this is where studios dump their “undesirables” for the year. It’s smart because theatres are often riding the wave of big films in December still crushing at the box office.

Based on reviews and feedback, “M3GAN” is defying the odds of this trend. The story kicks off with a young girl who loses her parents in a car accident. She is sent to live with her aunt, a robotics engineer. She designs a doll that is meant to help her niece in her reeling grief. But when the doll starts adapting and forming motivations of her own, she goes on a tirade that may be difficult to stop.

“M3GAN” has some surprisingly thoughtful commentary, which is the strongest aspect of the film.

Technological dependency, artificial intelligence and parenting are all explored in a manner which is timely and relatable. But the way the writing addresses these themes isn’t preachy. I find myself noticing more and more when parents just stick an iPad or video game in front of a child to keep them quiet. Or when a passive form of parenting comes into play because they don’t want to address issues their child is dealing with. Great stuff, and “M3GAN” handles it well.

The tone of the film is tongue-in-cheek with the way it addresses these themes, as well. It’s not nearly as scary as killer doll movies of the past, but rather leans into the campy nature. I call this a gateway horror film. It’s silly enough to laugh at itself but also provides some tense sequences that could prepare younger audiences for more intense horror films.

“M3GAN” knows exactly what it wants to be and embraces that.

While I believe “M3GAN” succeeds as intended, I don’t think the movie is good enough to stand amongst the horror greats. A sequel is inevitable as the success is unexpected. I really hope the franchise is willing to commit to the R-rated vibe that was expected when promotional material began.

The PG-13 rating hinders the ability to lean into the gorier sequences. After watching, there is no doubt the film was neutered down from an R-rating to get more people to see it. Quality was sacrificed in the process. Don’t get me wrong, PG-13 horror films can be great (“Insidious,” “Lights Out,” “A Quiet Place”). “M3GAN” was clearly intended for a grislier premise. Too bad.

Some of the acting was rough, too. I know the film was intentionally grasping a silly tone, but there were certain performances that were so over the top that I couldn’t decipher between terrible acting or intentional camp.

“M3GAN” crosses the finish line, but not without tripping over its own feet at times. I’d consider it a success because it was more enjoyable than previous January horror releases.

2023 is going to be a great year for horror with the lineup upcoming. This is a good warmup for the rest of the year, but not one that is entirely worth a rewatch.