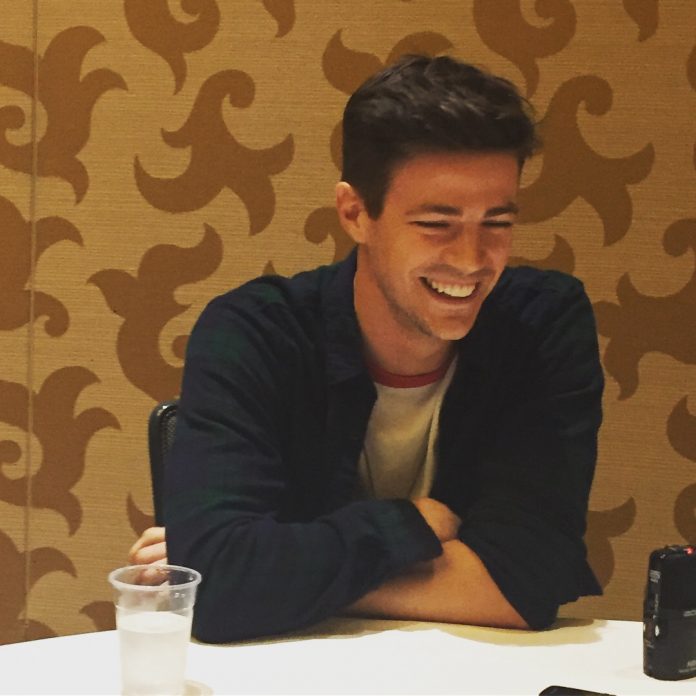 We attended The Flash press room at Comic-Con where we spoke with the cast and crew about that jaw-dropping season finale twist, what’s to come next season and much much more. Watch our roundtable interviews below!

After outthinking The Thinker, you’d hope that Barry Allen aka The Flash (Grant Gustin) might have some down time to contemplate his future with his new wife, Iris (Candice Patton). But with their speedster daughter from the future, Nora (new series regular Jessica Parker Kennedy), already grown and a part of their lives, they’ve now got to face Central City’s newest menace — the DC Super-Villain Cicada! Season five pits Team Flash against yet another formidable adversary, the show’s second non-speedster Big Bad, it was revealed by cast and producers at the show’s 2018 Comic-Con panel on Saturday, July 21.

Chris Klein (Election, Oz, American Pie) has signed on as series regular to play next season’s scourge of Central City, Cicada. A grizzled, blue-collar everyman whose family has been torn apart by metahumans, Cicada now seeks to exterminate the epidemic — one metahuman at a time.

The Flash returns for season five on Tuesday, October 9, at 8/7c on The CW!