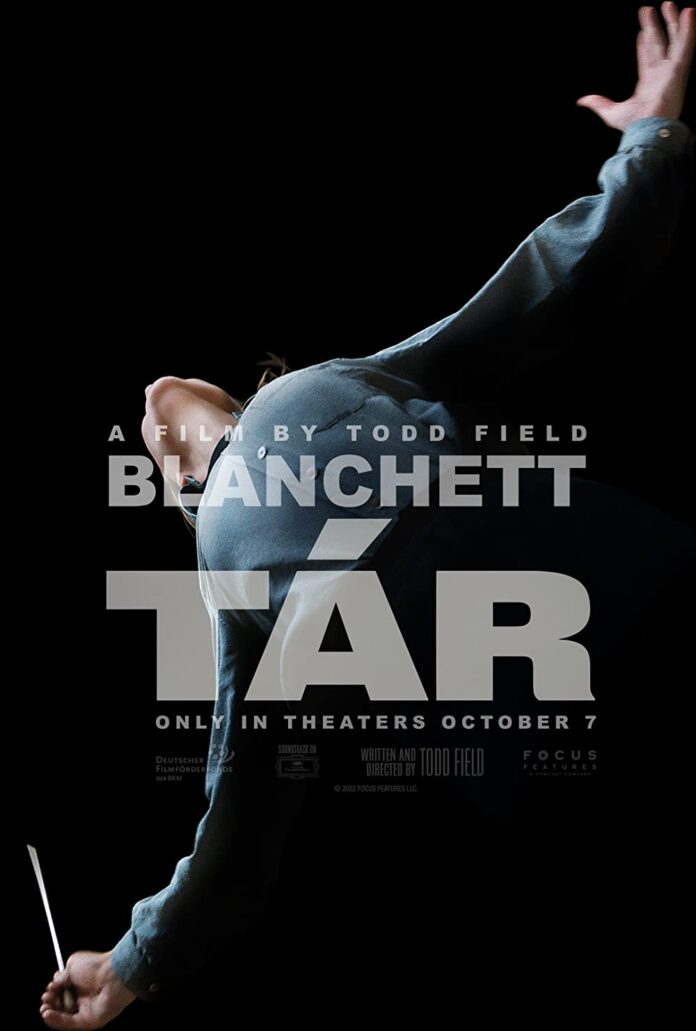 “Tar” is a sure-fire awards contender. Filmed in a biographical style, the story is actually fictional. It is nonetheless a fascinating journey to explore. Set in the international music scene, Lydia Tar is one of the finest composers in the world. She is the first female director of the Berlin Philharmonic. We see her importance and contribution to the industry, but also her downfall.

There isn’t a film in 2022 that has more craft and detail than “Tar.” That being said, I don’t think it’s perfect. Cate Blanchett is the reason to see the film. One can expect a powerhouse performance from her and that’s no different here. She really dives into Lydia Tar’s persona, relaying the intensity and troubled layers within her character. It was so interesting watching her character operate with her style in modern times. Her abrasive yet passionate approach proved to be detrimental to her career in the long run. There are some good supporting performances too, but none that match Blanchett’s. The story is unique enough to stand on its own this year too. We get to spend long periods of time getting familiar with our lead which is a nice change of pace, especially in this blockbuster heavy market.

I can’t say I’m in the camp that believes “Tar” is one of the year’s best films, but it’s certainly a story I appreciate. The movie is very long, so if you’re an audience member that gets antsy with slow moving, dialogue heavy plots…it might not be the film for you. But the detail-oriented story will reward those willing to take this journey. There are certain lulls throughout the plot that could have been more concise. If the story flowed with a tighter pace, the film might have been more effective. My personal issues with the film won’t bother those that are the target audience though. That’s something to take into consideration. Films like this are very niche, which will resonate with certain audiences and completely falter with others.

“Tar” is a clear-cut awards contender that will thrive within the indie film community. Cate Blanchett shows up once again with an Oscar worthy performance. It’s not a film I’m itching to rewatch, but I’d remiss my duty as a film critic to ignore the technicalities that help it thrive. Check it out if it’s a film that might pique your interest. Otherwise, it might be a chore for others.