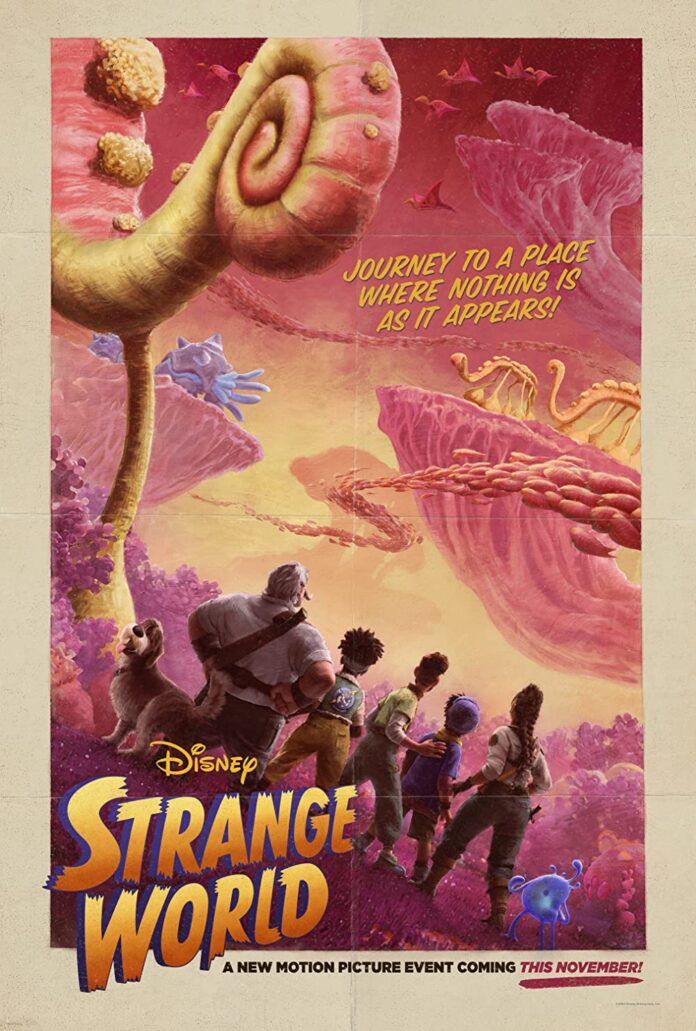 Recent Disney projects have been hit and miss to say the least. “Strange World” is likely to continue the divisive trend between audiences and the studio. We find the Clade family on their next adventure, looking to explore an unknown part of their world. But when conflicting ideals come between the family, they must put aside their differences to make sure their mission doesn’t fail.

The film has garnered a very split reaction thus far. Some blasting the film for the overuse of virtue signaling and political commentary, others enjoying the film’s desire to explore these areas. Both perspectives are understandable based on your perspective as an audience member. I found the film to be pretty enjoyable as a whole while recognizing it won’t be a classic. The strongest aspect of the film is the animation. It was surprisingly awesome and features lots of creativity from the team behind it. The world building was cool and provided many eye-popping sequences. Another aspect the story explores is the idea of family and how to move forward with different outlooks. The characters often mirror scenarios that parent-child relationships face. These relationships are creatively intertwined within the world they build, making for a thoughtful takeaway for kids and parents alike. I also found the twist to the family’s mission to be an unexpected surprise. It isn’t preachy, but instead serves as a uniting force for the family, bringing the larger idea of the story together.

While I enjoy a film that allows us to step back and examine ourselves, films like “Strange World” deliver it in a messy way. It provides commentary so on-the-nose that audiences might feel a bit underappreciated. I say that meaning film doesn’t allow filmgoers to observe the ideas explored and make up their own minds. It instead throws the perspective of the filmmakers in your face with a clunky and uneven format. Commentary can be explored in a layered, thoughtful way. That’s not the case with “Strange World.” The film isn’t exactly memorable either. The story follows similar ideas found in previous Disney stories. Some of the voice acting seems miscast too. While I love Jake Gyllenhaal and Dennis Quaid as actors, their voices didn’t fit the wavelength of the film and didn’t mash up well with the dynamic of their characters.

Is “Strange World” going to change the world? Be the next classic animated feature? No. It does however provide stunning animation and a nice story about family at the center. While certain elements won’t impress all audiences, it’s worth checking out if you’re a fan of animation.