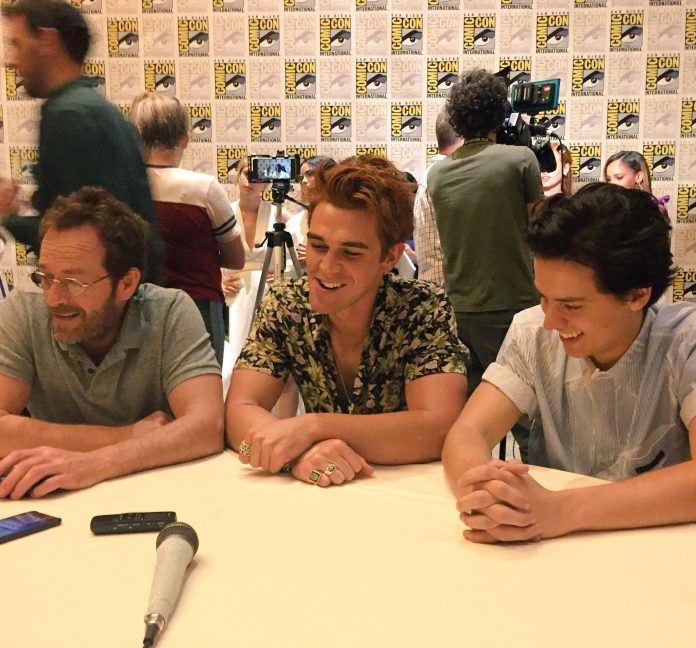 We attended the Riverdale press room at Comic-Con where we spoke with actors Cole Sprouse, KJ Apa and Luke Perry. They answered our questions about Bughead, Varchie, and that team of Riverdale hot dads! Watch the interview below for all the details!