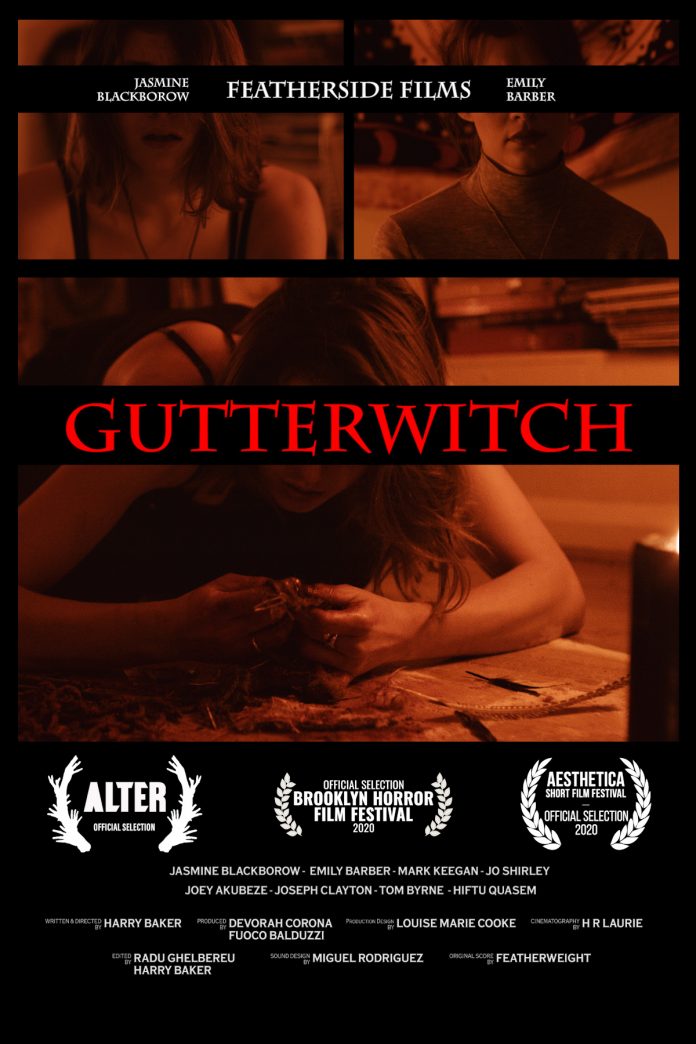 From Featherside Films and writer/director Harry Baker, comes this new exploration into the supernatural and the human condition in this horror short ‘Gutterwitch.’ It tells the story of a young woman, Libby, played by Jasmine Blackborow (Shadow and Bone) who sells fortunes, spells, hexes to small time criminals for money. It explores the tense relationship with her sister Bea (Emily Barber, The Alienist) and her family. As Libby delves deeper into this world of the supernatural, she begins to realise there is a price to pay as she begins to experience dark visions and her magic begins to become unstable, much to the concern of her friends. ‘Gutterwitch’ explores that if you do not deal with internal demons, there is always a danger of being consumed by it. The cinematography is sharp, reminiscent of late 70’s and early 80’s independent horror/thrillers. The music is always important in films, and the ‘Gutterwitch’ theme and musical score works in tandem with the scenes slowly building the atmosphere without overshadowing it.

Independent Filmmaking is the lifeblood of the film industry cultivating young, up and coming talent in front and behind the camera before they go on to hopefully have long careers in the Film and TV industry. ‘Gutterwitch’ has been a favourite at various film festivals and is now available to view for free on the horror YouTube Channel Alter.

The same team behind ‘Gutterwitch’ are also working on another project: Saltcoats. For more information on how anybody would be interested in supporting the film and Crowdfunding campaign, follow the link below on the Featherside Films website.