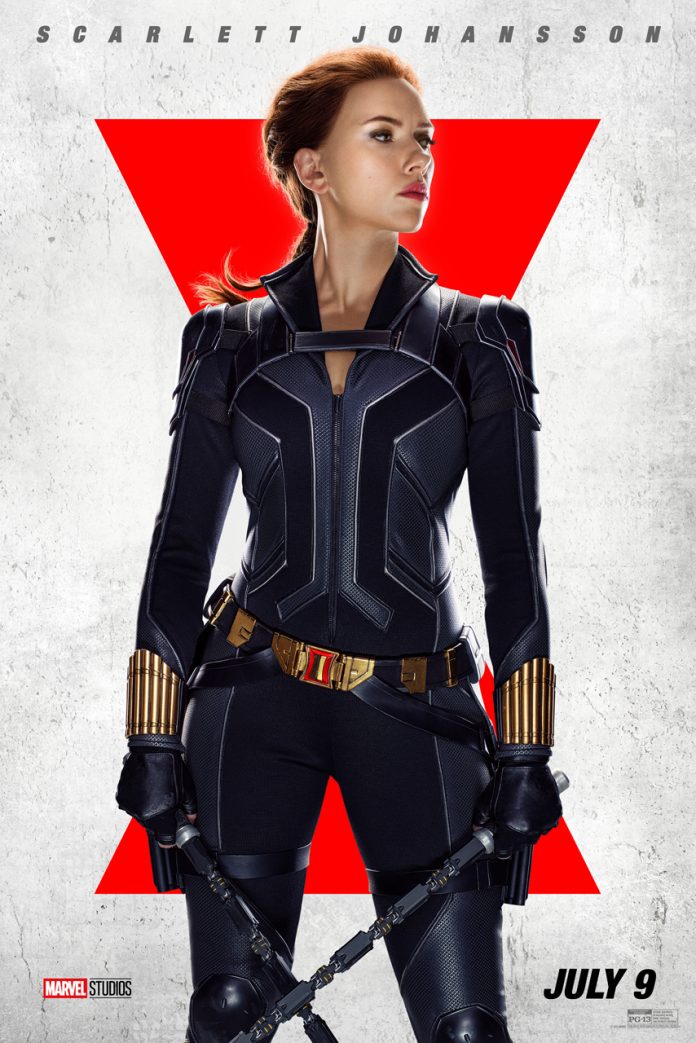 Marvel Studios brings you “Black Widow,” a film that finally explores the origins and history of Natasha Romanov/ Black Widow played by Scarlett Johansson. Ever since Scarlett Johansson’s debut as Natasha Romanov, the mysterious SHIELD Agent in Iron Man 2 (2010), fans of the MCU (Marvel Cinematic Universe) have been waiting and clamouring for her to star in her own solo movie, and over a decade later they finally got their wish.

Black Widow explores Natasha’s mysterious and dark past to us. We are introduced to members of her family – her younger sister Yelena Bolova played by Florence Pugh, Super Soldier, Father Alexei Shostakov played by David Harbour, their mother Milena Vostokoff played by Rachel Weisz and an old associate of hers Mason played by O-T Fagbenle. The film deals with some very dark subject matter such as human trafficking and how lethal operatives like Natasha, Yelena, Milena, and hundreds of young girls like them are taken as children to then be trained, exploited, brainwashed, and dehumanised for other powerful and wealthy individuals for their own missions, agendas, and to become part of the Black Widow program as elite assassins and spies. We discover that for all the skills and abilities they have gained, it came at a cost. They lost the ability to have a choice for yourself and free will, and without realising it, Natasha and Yelena discover the dark secrets of the Red Room, which is very visceral, heart-breaking and sad for them to finally confront. No aliens, no genius artificial intelligence, no super robots or wizards, just human beings trying to get to the truth with a sensitive subject matter that is still true today in real life.

The events of Black Widow in the MCU timeline are set after Captain America: Civil War (2016) and just before Avengers: Infinity War (2018). I believe Natasha is still being pursued. Surprisingly there is some humour between the family in this, which is a fun dynamic, especially the sisterly bond between Natasha (Johansson) and Yelena (Pugh) whom both have good chemistry together. For those familiar with the comics, Yelena and Milena will have a bigger role to play. Natasha has to deal with her past literally in the form of the ruthless, relentless and cold-blooded assassin Taskmaster, whose ability to mimic any individuals fighting style makes the situation more dangerous, while still also being pursued by General Thaddeus E. ‘Thunderbolt’ Ross, now Secretary of State. Budapest, Hungary is beautifully captured along with the action and car chases in the city. To sum up the future of the Black Widow, I shall use the quote by the inventor of the telephone Alexander Graham Bell, “When one door closes, another opens; but we often look so long and so regretfully upon the closed door that we do not see the one which has opened for us.” I felt this was an appropriate description that relates well to this film without giving too much away. I think there is a high possibility the MCU will expand the world of the Black Widows, leaving a whole world of potential going forward, such as a Disney + series and more.

Below is the trailer for “Black Widow”:

Black Widow is available to watch in theatres or on Disney + with premier access on July 9th.