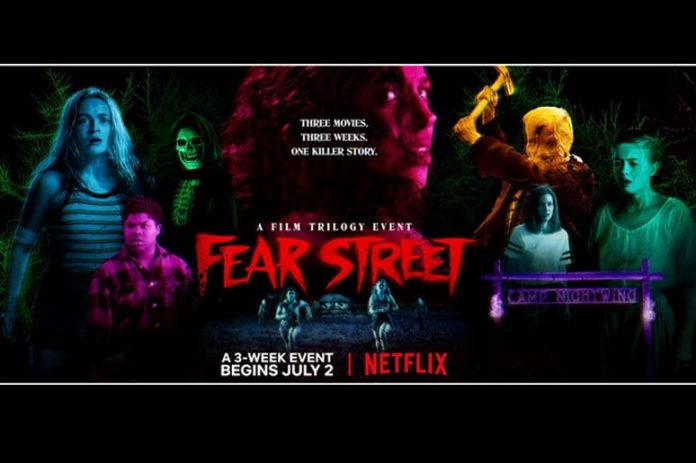 What did we learn? Well for starters, the love of both horror and the Fear Street series runs deep for the Janiak and her cast. Janiak wanted to bring real horror to the Netflix series and did not want to skimp on the gore or graphic kills found in favorite films of the genre. And, if you’ve watched the trilogy, you know there is no holding back on either the gore or graphic and creative methods of killing. Janiak seems especially proud of that and Stine, genuinely thrilled. Is it weird to say it was endearing to watch Stine get excited as he described the most gory way he ever killed one of his characters? He was downright giddy and loved the casts’ collective “ewwwws” as he described the unfortunate character’s demise.

Janiak also took care to pay homage to recognizable and “inspirational” horror films that we all know and love. Watch for throwbacks to the Scream franchise in “Fear Street Part 1: 1994” and to the slasher classics in “Fear Street Part 2: 1978.” “Fear Street Part 3: 1666” takes a slightly different approach because 1666 was just scary on its own, no help needed there because, Puritans….shudder.

If you haven’t watched the trilogy, you will probably want to before watching the panel because there are huge spoilers. Also, its just more fun that way. You know what’s being talked about and can really appreciate the creativity and care they put into each episode. The panel is one of the best I’ve ever watched, truly. There is even a reward at the for those who watch: BLOOPERS!