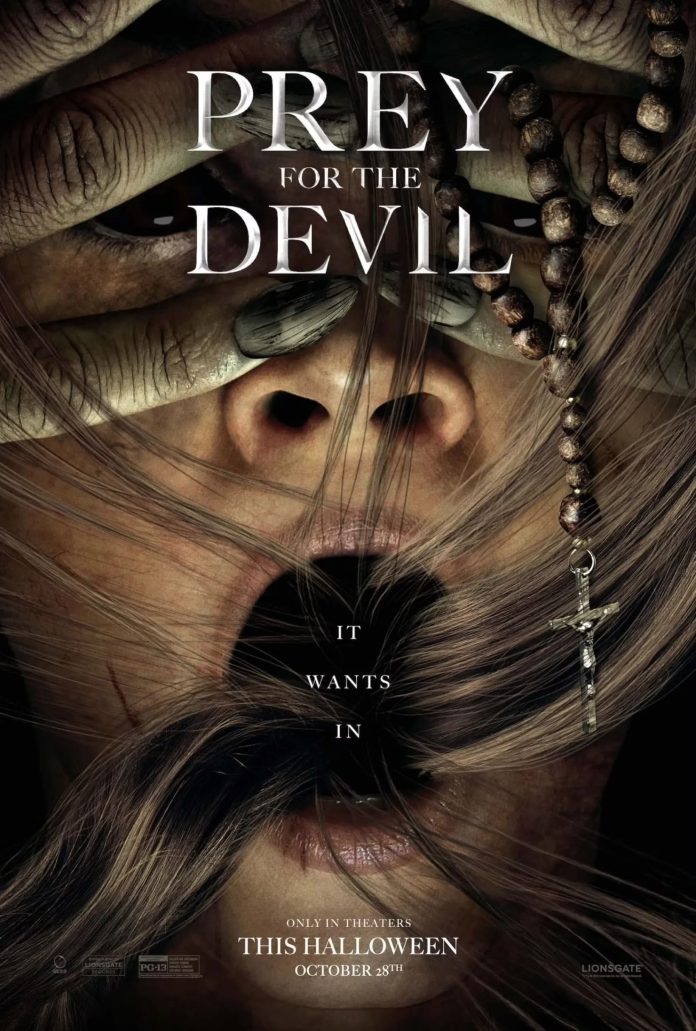 As the 2022 horror season has wrapped up, it’s no surprise that we conclude with a possession story. “Prey for the Devil” takes a modern swing at the exorcism genre with an interesting idea at hand.

The story surrounds Sister Ann, a nun with a troubled past who tries to use her spiritual gifts for good. She begins encountering a demonic force from her past that inches closer and closer to her. Can Sister Ann overcome the deadly entity before it’s too late?

For better or worse, “Prey for the Devil” doesn’t attempt much new in the genre. But it does manage to capitalize on its unique premise at the school of exorcisms. The Catholic-themed setting adds an enveloping tone to the film. I also found the idea of a female student entering exorcism school (with the priesthood being male) to be a unique spin to this kind of story.

Being that Sister Ann had a personal connection to the events unfolding made her urge to help those afflicted with possession more plausible. I enjoyed the attempts at making some emotional connections between the victims and Sister Ann. Her idea of humanizing the individuals makes the story more tangible for the viewer.

As I say, the film doesn’t attempt much new. At least not in the horror department. My biggest issue with the film was, unfortunately, Sister Ann. She felt dull and somewhat unlikable. There was so much potential with her character that feels wasted given her troubled past.

Although the film makes some strides on a story level, the scares were pretty lackluster. The trailer is easily scarier than the film itself. This is disappointing because the exorcism subgenre of horror is usually pretty good about being creepy (even if the story is lackluster). Worst case scenario is that it’s usually a fun film for the season.

“Prey for the Devil” unfortunately succumbs to genre woes and builds little to no tension as the story progresses. Most sequences just felt dull. None of the possession scenes are nearly as terrifying as they should have been given the circumstances.

The film also makes an interesting choice in dealing with the little girl and Sister Ann. I don’t think the revelation was very impactful as intended. Instead, it felt random and a bit ridiculous being the emotional bait of the story.

The lower budget of the film was apparent as well. Some of the CGI sequences (particularly one with a scarring of the face) felt very fake. I must admit, every one of my criticisms could have been worse. But the frustrating part was the potential at hand. I just feel like the film was comfortable being average as a seasonal cash grab.

Fortunately for filmgoers of the genre, “Prey for the Devil” isn’t nearly as bad as some of the exorcism films of years past. But one can only observe the film and wish it had been as scary as the trailer led us to believe. It’s not a bad watch for Halloween season, but I imagine this one will largely be forgotten in a genre saturated with similar films.