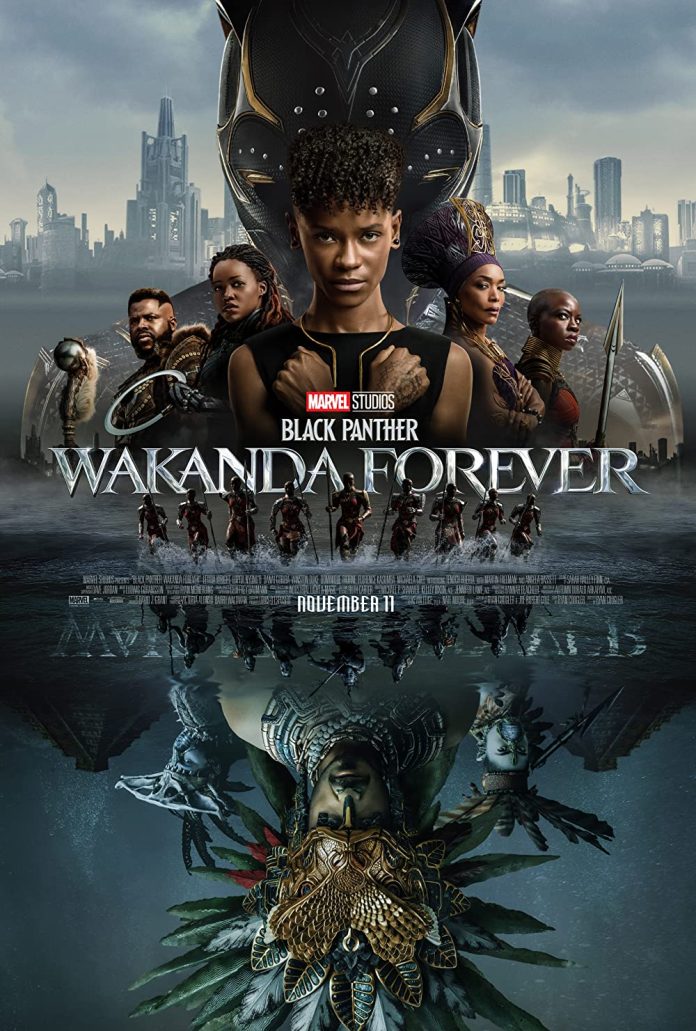 After an unfortunate circumstance surrounding the lead of the series, “Wakanda Forever” had a difficult task. We find the nation of Wakanda mourning the loss of their leader. But an unexpected threat emerges that threatens the national security of Wakanda. Can the nation mount a defense? Or will Wakanda fall?

I went into this with tempered expectations being that the first was a huge disappointment (for me). So naturally, I hoped improvements were on the way. I’m happy to say that this was better than the original on multiple levels.

The character development in “Wakanda Forever” was far superior. Each of the leads were faced with different ways of overcoming the loss of their leader. To observe this and see how they dealt with pain and tragedy was very fulfilling. This is in large part due to the impressive performances of Angela Bassett and Letitia Wright.

The central conflict of the story was also more compelling. It spoke to the state of tensions around the world, specifically of those battling over resources. This was a nice change of pace to the standard mustache twirling villain featured in recent MCU films.

The most impressive aspect of the film was the development of Shuri (our new Black Panther). She was one of my least favorite characters from the original, but her progression managed to win me over. The state of her character by the end of the film felt earned. Namor made for a formidable foe as well. I felt that his motivation and conflict with Wakanda made sense even if it didn’t feel full circle in the end.

Though the improvements are most welcome, there are still a few glaring issues I have with “Wakanda Forever.” By nature of circumstance, the story felt a bit jagged. There are lots of ideas and plot lines going on for one film. By the end, it felt a bit messy and unfocused.

The runtime is quite a bit longer than the first, which is the only aspect of the original I preferred. There were some sequences that felt incredibly slow, hindering the pacing and the natural progression of events. It felt like they were trying to tackle too much at one time.

I’m sure this will be a hot take too, but I didn’t care for the post credit scene. This undercut Shuri’s well-earned victory by circling back to what fans might have wanted in the first place. I will leave it at that…but it was a bit disappointing.

However, the most frustrating part of the film was the resolution. By the end, it felt like they ran out of ideas but had to end it there. The conflict throughout the film kept getting more intriguing, but the quick and farfetched way the filmmakers wrapped up the final battle felt deflating after the journey we went on for the duration of the film.

“Wakanda Forever” tackles a lot in one film. Due to the events surrounding production, I would certainly consider this a success. But the film is certainly not perfect. It struggles at times with the narrative and runtime but has a solid character progression. It hit many of the notes I wanted it to. Here’s to hoping they iron out the kinks for the third film.

Check out more reviews and article on our website.