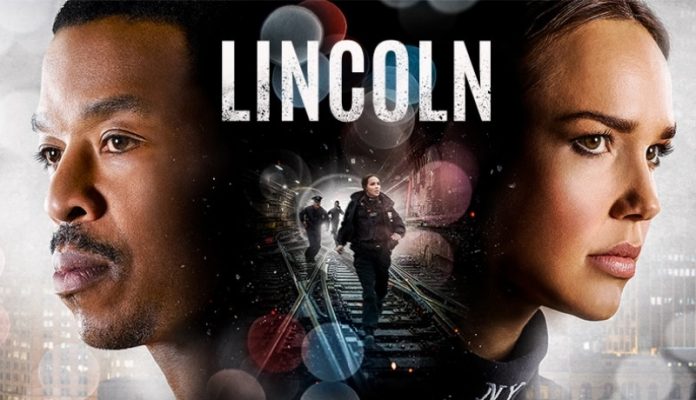 Nearly 22 years after Jeffery Deaver first released the characters of Lincoln Rhyme and Amelia Sachs into the literary landscape (The Bone Collector) and 20 years after Denzel Washington and Angelina Jolie’s cinematic portrayals of the duo became iconic, NBC plans to bring the world of the quadriplegic forensic criminalist and the NYPD patrol officer back to life in a new TV series called “Lincoln”. To say we are thrilled is an understatement and our interviews with executive producers Peter Traugott and Mark Bianculli in addition to Russell Hornsby (Lincoln Rhyme) during New York Comic Con 2019 only fueled our excitement!

How much research is/was involved?

Mark Bianculli: We had to do research into various things. First our characters’ lives. We had to do research into different disabilities for Lincoln and mental conditions for Amelia. We had to do research into New York history to able to write the show and come up with stories. We had to read as many of the 14 books (Deaver’s book series beginning with The Bone Collector) as we could before we started putting pen to paper on the pilot. Subsequently, I’ve read all of them and all of our staff is reading them. New York is great because it is a gold mine for history. I mean, not every city in America goes back that far. Lincoln’s super power is that he takes forensic clues, but this isn’t really CSI, he takes the clues they learn on CSI but then kind of puts them through a lens of New York history. So to do that, it’s a little more research but it is so much more rewarding.

Russell Hornsby (Lincoln Rhyme): I took four days where I literally just walked through as much of the city (New York City) as I possibly could just looking at buildings and landmarks and you know just different places. I was reading a book, I can’t remember the name right now, but this one gentleman in 2015 walked 6,000 miles through New York City over 4 years and he wore out 9 pairs of shoes. He talks about going to all the different burroughs, all the different streets and avenues and alleys. He talked to the people and looked at stores and he did what Lincoln did over the course of 20 years as a detective. Lincoln has a photographic memory where he has total recall of what he’s seen, what he’s experienced, what he’s read and I think that is what sets him apart from everyone else and makes him special as a character and why you really need his expertise. So Amelia is the ambulatory one, Lincoln is the cerebral one who can look at a scene and look at a fiber or a piece of evidence and deconstruct it and so those are the things I started doing and now when I’m on set and I’m sitting in the room I can now have this sort of method of total recall having done all this.

Peter Traugott: Arielle (Amelia Sachs) spent a lot of time with the NYPD researching her character and how she would behave and Michael Imperioli (Rick Sellitto) has played detectives before. We want to keep the show as authentic as possible.

Mark: Well it was very difficult, difficult roles to fill. We found Russell actually a little bit late in the game. When we interviewed with him his passion for this project and the way he understood this character (Lincoln Rhyme), we looked no further. It was the same thing with Arielle. There are personal reasons why she loves this story. She says she cried when she got the part because it was so personal to her and she brings so much and elevates the character. The cast is a gift to us, every single one really elevates what we do and makes our job a lot easier. We love that these characters (they play) aren’t superheroes in capes that are invincible, they are quite vincible as it were and that is proven very early on. They have to overcome a lot of obstacles externally and internally and that’s the thing that we (the writers) grabbed onto the most.

What has been challenging?

Russell: The challenge of playing a Q5 quadriplegic is the biggest challenge quite honestly. As I said today (at the panel) that as an actor that’s what I want more than anything else. I want to be challenged at the highest level. I want to be able to give audiences something they’ve never seen before or if they have, something that’s a lot different than what they have seen before. So I am embracing that and embracing the stillness of being a quadriplegic. Hopefully audiences will respond positively not only to the show but to the work as well. People have to understand that acting is not just cerebral, it’s visceral. You can’t just be a thinking actor you have to be a feeling actor and I think when we are dealing with people with disabilities you have to feel. I want to do as they say, not right, not wrong but true as I possibly can when dealing with this character and dealing with his disability.

Mark: The motivation for the killer (the Bone Collector) is completely different than it is in the book. In the book I think Lincoln’s injury was sort of incidental to the Bone Collector and we made it very integral. So I think the fans of the show will love the payoff of what we do with that and they’ll also feel connected to the book and the source material.

“Lincoln” is produced by Universal Television and Sony Pictures Television and in association with Keshet Studios. It is set to premiere in 2020 and you can stay up to date via its social media outlets and of course follow Hollywood News Source for more information.