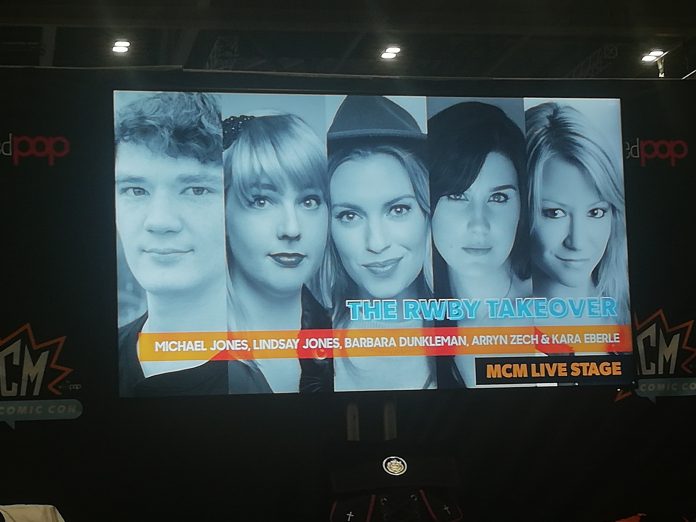 To celebrate the release of RWBY Volume 7 the main cast was in attendance at MCM Comic Con 2019. Lindsay Jones, Kara Eberle, Arryn Zech, Barbara Dunkelman and Michael Jones took to the Live Stage in front of a packed out crowd that spread beyond the available seating leading to fans standing and sitting on the floor to take their first look at Volume 7 of RWBY.

The panel is almost impossible to summarise no one knew where the panel was headed after the guests took to the stage early to get as much time with their fans as possible. The footage has to be seen to be believed so check it out below.

Catch up on all our MCM Comic Con London coverage on our YouTube page.