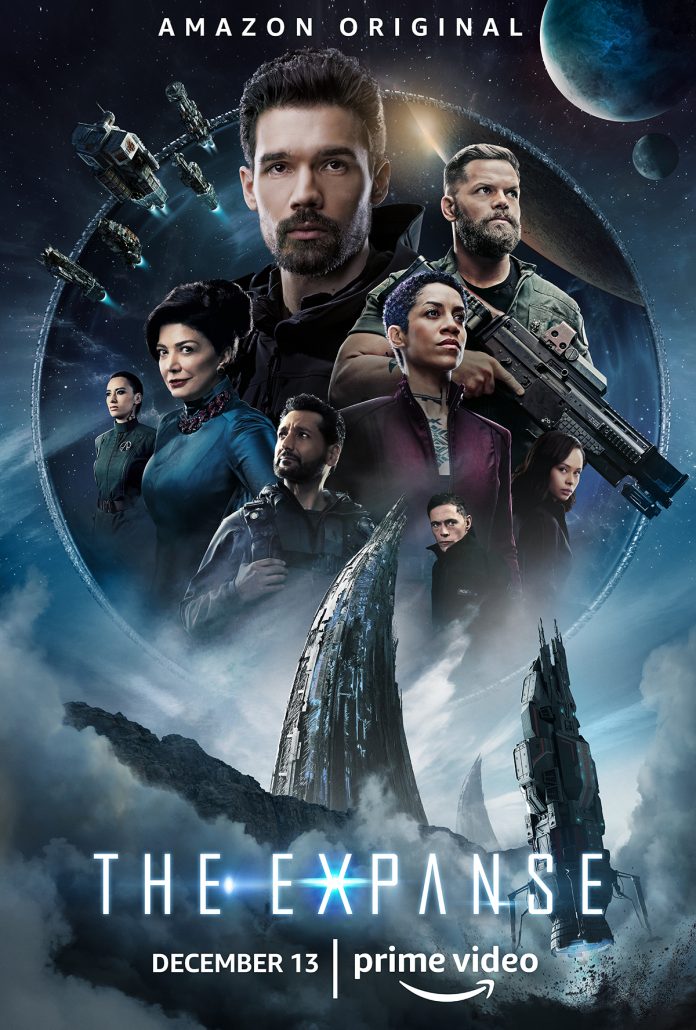 If the amount of promotion at NYCC is an indication, Amazon Prime is exceedingly proud of their newly acquired show, “The Expanse.”  Although the show will premiere Season 4 on December 13th, it is the first season at their new home on Amazon.  Previously found on another platform, the show was cancelled and then saved by fans who did not want to see it disappear.   It was clear that each and every member of the cast and crew was very appreciative of their fans and their success in giving the show a second chance.   They are very hopeful that the show’s move to Amazon will make it more accessible to fans around the world and are thrilled that they’ve already started seeing that happen.  They joked that it took “four years to finish their first season” because they have new fans coming up to them in grocery stores and congratulating them on their “new show.”

Throughout the interviews, the common theme discussed was the human elements of the show.  Anvar mentioned that he felt one thing that drew Amazon to The Expanse was that it was not “Just a science fiction show, it is a good show.  …it is actually really about people and interactions and relationships as human beings and if you stripped away all the science fiction away it would still be a good show about human beings dealing with the reality of their world.”  Asked about the changed for the cast now that they work for Amazon,  Anvar responded  “There is more freedom, no restriction on the time, we can take the time we need to tell the story. We don’t worry about building commercial breaks into the show.”  They were all amazed and excited by the level of commitment shown to them by Amazon with their promotion of the show at NYCC. Tipper and Straight were each very pleased with how their characters’ relationship was being portrayed.  Tipper was especially happy with the “little, small moments” that showed the couple’s intimacy and growth as a couple.  Straight was also pleased about how all the characters how grown together and really emerged from some challenges stronger as a family, of sorts. He said the level of care and commitment seen through the characters’ eyes was really a mirror of how the cast and crew felt and that it was a “beautiful thing to portray.”

Aghdashloo and Gee spoke about some of the tough decisions their characters had to make as leaders and how they as actors felt about those decisions.  They definitely put thought and time into developing scenes and dialogue from an authentic place for their character, regardless of how they personally felt.  My impression from meeting the cast is that they have a deep desire to present characters as humans striving to do the best they can under intense and uncertain circumstances.  I enjoyed the peek into what must be recurring conversations containing elements of philosophy, leadership, social justice, personal interactions, prejudice and building a “just society.”

Season 4 of “The Expanse” begins a new chapter for the series with the crew of the Rocinante on a mission from the U.N. to explore new worlds beyond the Ring Gate. Humanity has been given access to thousands of Earth-like planets which has created a land rush and furthered tensions between the opposing nations of Earth, Mars and the Belt. Ilus is the first of these planets, one rich with natural resources but also marked by the ruins of a long dead alien civilization. While Earthers, Martians and Belters maneuver to colonize Ilus and its natural resources, these early explorers don’t understand this new world and are unaware of the larger dangers that await them.