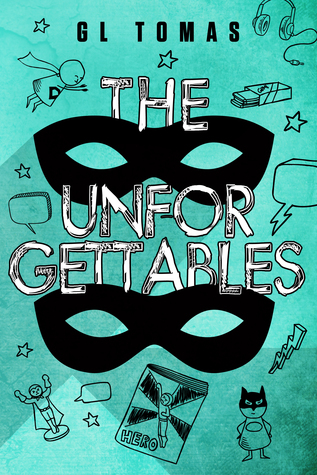 The summer vacation of The Unforgettables…

Neighbors and best friends Paul and Felicia hoped they’d be friends forever. But as they change, so does their friendship.

YA contemporary is one of my favorite genres. I love seeing teenagers navigate their adolescent years. However, this genre lacks the narrative of teens of color. After a while, I’ve gotten tired of how affluent white heterosexual characters have it rough. There’s no spark anymore. The Unforgettables deviates from that mainstream exclusion.

In this novel, we have a Haitian-American protagonist named Felicia. She comes from a family of three. She’s nerdy and filled with angst. As of right now, her parents don’t want her to date yet. That is a vital piece of information that will come in handy later. Trust me. Then, we have a Japanese-American boy named Paul, he’s a hip hop-versatile dancer. Twist: he’s also a nerd. He comes from a lax family that is always surrounded by chaos. The story is told from their alternating POV.

I have a lot of favorite things about this book, but the aspects that stood out for me is the family dynamics threaded with cultural significance. I love the crafty background built up for Felicia’s upbringing, and her parent’s proudness as Haitians; how involved Felicia’s and Paul’s parents in their life and decision making. I find it ironic that Felicia’s parents have this unspoken rule, she’s not supposed to date yet. I’m not saying parents of color impose the same rule as every other, but my friends and I had a similar restriction while growing up. I think a lot of kids can relate to that.

Another thing that speaks to me is the secondary characters that are non-binary, bisexual, and trans. There is a trans kid taking hormones. There’s a talk of gender identity and misgendering. For cishet readers, this will strike them as “too textual politics,” but this is our reality. Most books hardly touch this topic because we’ve been telling the same old stories. It makes me happy. We need more books normalizing and validating the existence of LGBT kids.

Last, but not least, the romance is the cutest. I love the friendship to romance trope. The Unforgettables delivered everything. It’s so nerdy and geeky. The sex positivity is so important as well. There’s no token evil female character here. By that ending, I needed more. I want more.