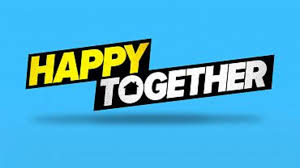 We were on the red carpet for the PaleyFest Fall TV Preview event for upcoming CBS show ‘Happy Together.’ Check out our exclusive interviews with Daman Wayans Jr., Stephnie Weir, Victor Williams, Chris Parnell, and Producers Austen Earl and Ben Winston! First episode date: October 1, 2018
Network: CBS
Happily married Jake and Claire don’t seem to have many complaints, and they seem to get more enjoyment out of Saturday nights spent binge-watching TV shows than they would partying until dawn at the hottest clubs. That all changes when a client of Jake’s accounting firm — who is also one of the world’s most well-known pop stars — decides to hide out at their house for a few days. Once he moves in, Cooper helps the couple reconnect with their younger, cooler selves, leading everyone to believe this unconventional living arrangement might just be the best thing to happen to all three of them.
Our exclusive interviews

The Paley Center for Media, a 501(c)(3) nonprofit organization with locations in New York and Los Angeles, leads the discussion about the cultural, creative, and social significance of television, radio, and emerging platforms. Drawing upon its curatorial expertise, an international collection, and close relationships with the leaders of the media community, the Paley Center examines the intersections between media and society. The general public can access the Paley Center’s permanent media collection, which contains over 160,000 television and radio programs and advertisements, and participate in programs that explore and celebrate the creativity, the innovations, the personalities, and the leaders who are shaping media. Through the global programs of its Media Council and International Council, the Paley Center also serves as a neutral setting where media professionals can engage in discussion and debate about the evolving media landscape. Previously known as The Museum of Television & Radio, the Paley Center was founded in 1975 by William S.Paley, a pioneering innovator in the industry. For more information, please visit paleycenter.org.