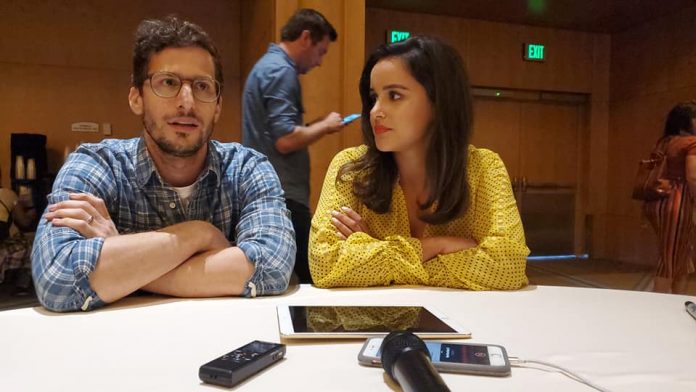 Cool, cool, cool. No doubt, no doubt. Get ready for some interviews from the Nine-Nine!

We sat down with the hilarious cast of Brooklyn Nine-Nine at San Diego Comic-Con. By some miracle, we even managed to get some major spoilers from Terry Crews himself. You are so welcome. Hear what Melissa Fumero, Andy Samberg, Terry Crews, Dirk Blocker, Joe Lo Trigulo, Dan Goor and Luke Del Tridici have to say about all things B99!

Make sure you binge the heck out of all six seasons before the premiere of season 7 coming soon to NBC! Seriously, watch it. You won’t regret it.