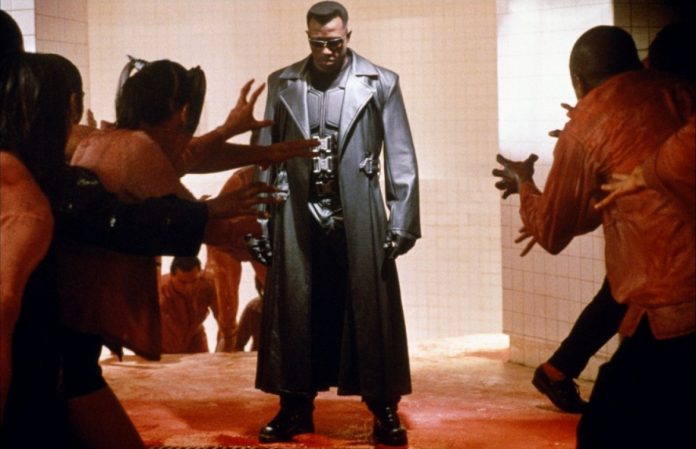 As the dust settles on a huge blockbuster summer and ending to Marvel’s Phase 4 we can get to sit back and analyse what the movie Marvel’s Avengers: Endgame meant for the comic book and film industry. 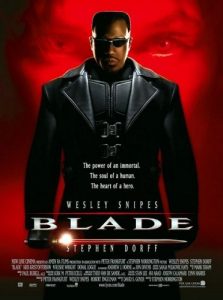 Whether you are a fan of these movies or not, no one can deny the impact they had. Particularly how the joined cinematic and television universes are viewed today from any genre in the film and TV industry, and the model is being adapted by other franchises.

If Avengers: Endgame is to be looked at as the culmination of years of storytelling, and the massive house that Marvel studios built, then every house needs to have strong foundations.

The movie and star that helped build and lay those foundations over 20 years ago was Blade (1998) the day walking, vampire hunter with the attitude to match starring the talented Wesley Snipes, before Hugh Jackman’s Wolverine and the X-Men, Tobey Maguire’s Spiderman, Robert Downey Jr’s Iron Man, Chadwick Boseman’s Black Panther, also a R-rated worldwide long before Ryan Reynolds and Deadpool. 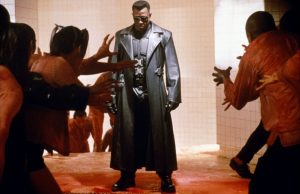 It would be a disservice not to appreciate and acknowledge the role and influence that Wesley Snipes and his portrayal of Blade had on today’s modern era.

It could be argued that Snipes kickstarted the next superhero/comic book movie revolution, aided by the writing of David S. Goyer (Batman Begins) and the direction of Stephen Norrington (The League of Extraordinary Gentlemen) respectively.

Blade was a film which Wesley Snipes also helped produce through his own production company Amen Ra Films, exhibiting how much passion he had for the project.

It was the 1st truly worldwide R-rated superhero movie hit with a gifted big star, martial artist and actor in Snipes. The film boasted a black male lead 20 years before Black Panther would break the records, and 10 years before Will Smith’s original superhero movie Hancock. You can see the film’s influence on the genre today, on such shows Marvel’s Daredevil, Luke Cage, Iron Fist, Jessica Jones, Cloak & Dagger. It also extends to DC shows such as Smallville, Arrow, Black Lightning, The Flash and Doom Patrol.

Kevin Feige President of Marvel Studios had this to say about Blade in an interview with JoBlo.com a few years ago.

“My tenure at Marvel started 17 years ago, and there were two things that sort of launched the modern era. One was X-Men, which was the first thing that people said, ‘Oh, there’s life here.’ But a few years before that, there was Blade. A character nobody had heard of at all, had only appeared in a few issues of Tomb Of Dracula or something, turned into a big franchise, That was always a great lesson for me, where you go, ‘It doesn’t matter how well known the character is, it matters how cool the movie is.’ Which, many years later, would be the reason we do Guardians Of The Galaxy, Doctor Strange. I think Blade is a legacy character now, and I think it would be fun to do something with him one day.”

Blade not only influenced the comic book movie era we see today but also the genre movie industry, look at movies such as The Matrix, Underworld, even John Wick and you will see the edgy look and martial arts that those films adopted and others. 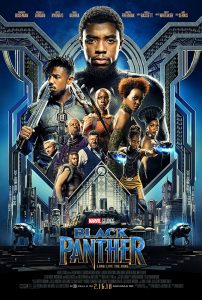 It not only opened the doors for the genre, but for other black actors to portray the leads in the comic book genre on mainstream TV and Film such as Anthony Mackie (The Falcon), Mike Coulter (Luke Cage), Will Smith (Deadshot) Chadwick Boseman (Black Panther), Samuel L Jackson (Nick Fury), Cress Williams (Black Lightning), David Ramsey (Spartan) , Lee Thompson Young, Ray Fisher and Joivan Wade as (Cyborg) from Smallville, Justice League, and Doom Patrol respectively and many more, opening the door to a new age of diversity in entertainment which reflects the world we actually live in.

Therefore, it is a great irony that Just as I started writing this it was announced by Kevin Feige (right) at San Diego Comic-Con this past weekend, that the ultra-talented Two-time Oscar winner Mahershala Ali (known for Moonlight, Green Book, 4400, Marvel’s Luke Cage) was announced as Blade for the upcoming reboot.

So just as 21 years ago Blade kicked off the new phase of superhero films, Blade once again will take us into a new era once again, so the genre of comic book movies should be thankful and grateful  to a film that was not only ahead of its time but also changed the game, thanks to a great star, cast and crew who took a risk and achieved success in back in 1998. We all look forward to seeing the next chapter of this iconic franchise.