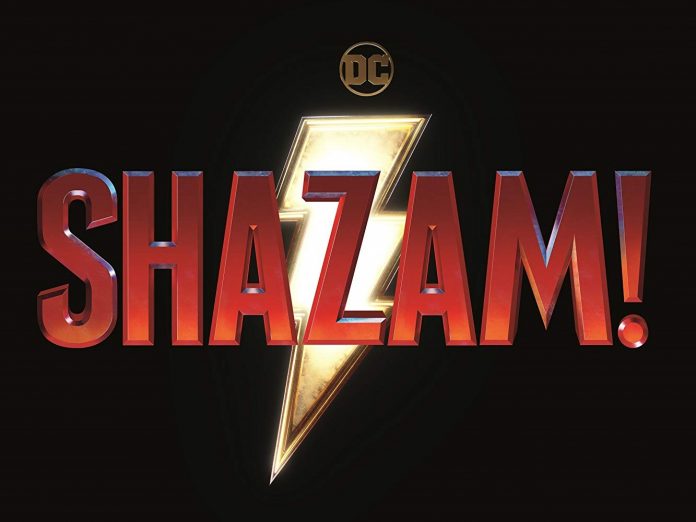 DC’s and Warner Bros comic book adaption to the big screen Shazam may be fun at times comedic superhero ride to enjoy, but it shows a deeper story, one of the heart and our meaning of family, search for acceptance and our own path in life. Also how the protagonist and antagonist of the piece share a far deeper heartbreaking connection then you as the audience or myself would have anticipated.

Shazam stars Zachary Levi as the god-like super alter ego of 14-year-old foster kid- Billy Batson played by Asher Angel. Angel delivers a fun, good-hearted performance in the biggest leading role of his career. The Villainous Dr Sivana (Mark Strong) who brings more dimensions to his character and not just magical evil abilities, may have you understanding his motivations.

Djimon Hounsou plays the wizard Shazam who bestows Billy Batson with his powers. There is an exchange between Dr Sivana and the wizard, where Mark Strong’s (Dr Sivana) says a powerful statement in regards that certain things you say to an innocent young kid can affect them for the rest of their lives it is subtle but powerful it makes you have some empathy of how that character went to the dark path.

There was a great powerful twist in the final act that I was surprised would be featured in the origin story and staying true to the comics, involving Billy and his foster brothers and sisters, I won’t spoil it. Billy is a foster kid who has been trying to find his mother his whole young life, but in doing so when he does finds such a heart-breaking revelation regarding his mother, will move any human with a beating heart. I was taken aback by that revelation and it even made me think about my own family.

Yes, a superhero family film with surprising depth and heart, it had a very 1980’s coming of age feel to it amongst the comedy and super powered characters, a bit of a Goonies, Big, even a touch of the Lost Boys to it, a lot of heart in the story. Director David F.Sandberg who comes from a horror film background described the film Shazam! as Like ‘Big’ with Superpowers’. The now iconic film Big (1988) which starred a young Tom Hanks, and got him his 1st Oscar nomination and launching his career as one of the best actors of his generation.

Billy Batson (Asher Angel) is nicely supported by his friend and foster brother Freddy Freeman (Jack Dylan Grazer) and with Zachary Levi they show good chemistry. The story of Doctor Sivana and Billy Batson AKA Shazam represent 2 sides of Ying and Yang, just shows that we are all just one-coin flip, or bad decisions  away from going down the wrong path.

This film was a good fun ride I had the fortune of watching at FrightFest UK 2019, think a combination of Ghostbusters, Pulp Fiction, a splash of Dusk Till Dawn and Supernatural mixed together with Australian wit and humour.

Nekotronic features 3 very talented up and coming stars Caroline Ford (Carnival Row), Tess Haubrich (Treadstone) Ben O’ Toole (Detroit) and supported by two gifted veteran actors David Denham (Iron fist) and Monica Bellucci (Spectre). The Roache-Turner brothers do a great job putting together this fun horror/ adventure, about a sect of necromancers with magical powers who have been battling with evil demons for centuries comes to a head, with impressive special effects, production quality and a cool nice twist that takes you on a very fun ride with the characters.

I was very impressed by some of the concepts and production quality, Nekrotronic if the Roache-Turner brothers possibly decided that is what they wanted to do, it has a lot of potential to expand, streamline the universe for possible sequels or go down the television or even the streaming route, the possibilities are endless for the Nekrotronic Universe or as I have coined it the Nekroverse.

From writer and director Rhian Johnson comes this modern take on the whodunnit murder mystery genre. It revolves around an eccentric and very wealthy family of characters named the Thombrey’s who after the sudden death of the family patriarch Harlan (Christopher Plummer). An investigation is opened and certain things are discovered that prove not all is as it seems.

This is executed brilliantly by a very talented ensemble cast Led by the Mysterious sleuth Benoit Blanc (Daniel Craig) a wonderful performance and subtly comedic, Detective Elliot (Lakeith Stanfield) and assisted by Trooper Wagner (Noah Segen). Ana De Armas stars as the kind-hearted nurse Marta Cabrera for Harlan Thrombey who is caught in the middle.

The Thombrey family are Linda (Jamie Lee Curtis), Ransom (Chris Evans), Richard (Don Johnson), Joni (Toni Collette), Meg (Katherine Langford), Walt (Michael Shannon), Donna (Riki Lindhome), and Jacob (Jaeden Martell). Rian Johnson does a very good job paying subtle homages to the likes of Sherlock Holmes, Columbo, Agatha Christies’s Poirot, Miss Marple and even nods to Jessica Fletcher’s Murder She Wrote, Clue and many more, but he still manages to make it original and each character manages to steal a scene at one point or another in the movie which is a testament to the great writing and actors. The atmosphere of the film looks like the actors are having a good time.

Rhian Johnson was nominated for best screenplay at the Academy Awards and also was Golden Globe nominations for Daniel Craig, in my opinion, a career-high performance from him and Ana De Armas respectively.

Shazam! is available to stream on HBO and Amazon streaming services.

Nekrotronic is available to stream and purchase on Amazon Prime.

Knives Out is available to stream and purchase on Amazon Prime.