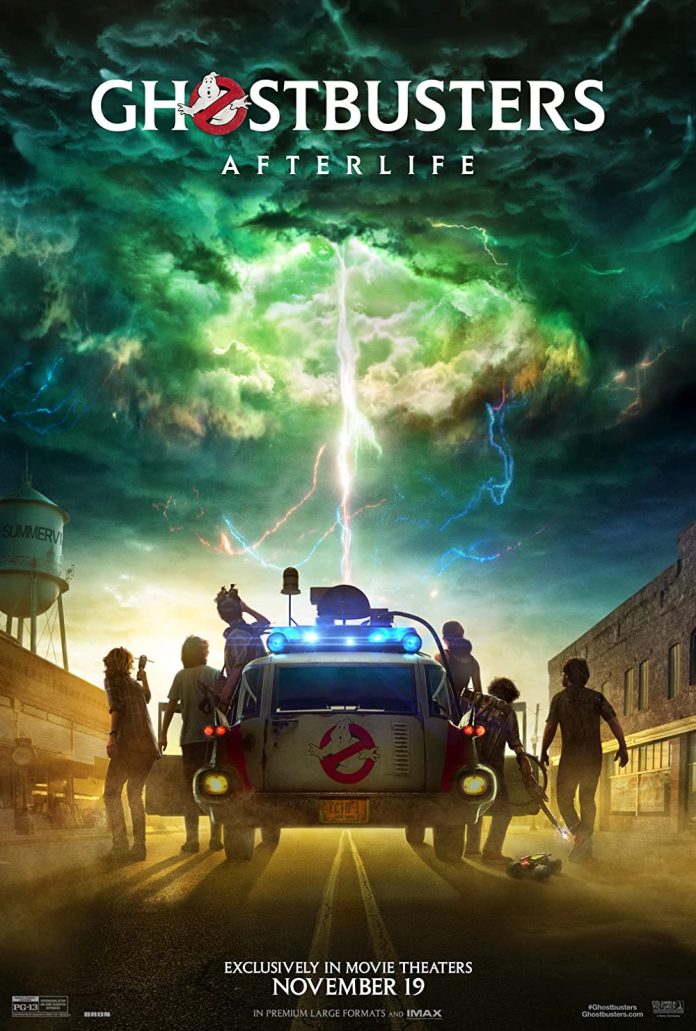 In the summer of 1984, an unknown supernatural/comedy was released which which would go on to become a pop-culture phenomenon, achieve global financial success, and become one of the most iconic and recognizable franchises in the film industry. And over 30 years later, the characters are still solidified as legendary and forever part of pop-culture.

‘Ghostbusters Afterlife’ is a family affair both in front of and behind the camera, with Ivan Reitman directing the original two movies over 30 years ago, and now his son Jason taking the reigns and writing/directing this continuation of the legacy for original fans and new ones for this generation. This is a love letter to the fans of the Ghostbusters universe and a wonderful tribute to Dr. Egon Spengler, the great character created by the late Harold Ramis, a gifted filmmaker and writer who co-wrote Ghostbusters (1984) with Dan Aykroyd. From the original Oscar nominated theme song by Ray Parker Jr. to the scores of the original films, the tone and cinematography nicely mesh well without being too overbearing. It is subtle enough that it respects and pays homage to the past,but manages to introduce new fans to the world. We explore the story of sacrificing for the greater good, for loved ones and the price it takes. This is shown through the legacy Egon Spengler left for his family, who did not know the size of the responsibility he carried. His daughter Callie (Carrie Coon) is saddened by how she rarely saw her father. We also see grandson Trevor (Finn Wolfhard) and and granddaughter Phoebe (Mckenna Grace) who inherited his scientific mind and curiosity. The family moves to the sleepy town of Summerville, Oklahoma as they have been evicted from their home, and move to the old farmhouse Egon left them. We are introduced to Trevor and Pheobe’s new friends – the quirky, quick-witted Podcast (Logan Kim) and Lucky Domingo (Celeste O’ Connor), the good hearted and brave fourth generation Summerville co-worker who Trevor takes a liking to. They are supported by the enthusiastic, zany science teacher Gary Grooberson (Paul Rudd) who helps investigate the supernatural goings on in town. The new, young actors come across as very likable and engaging and make you curious to learn about them. And we can’t leave out the grown-ups, who have more depth than anticipated and bring back endearing nostalgia.