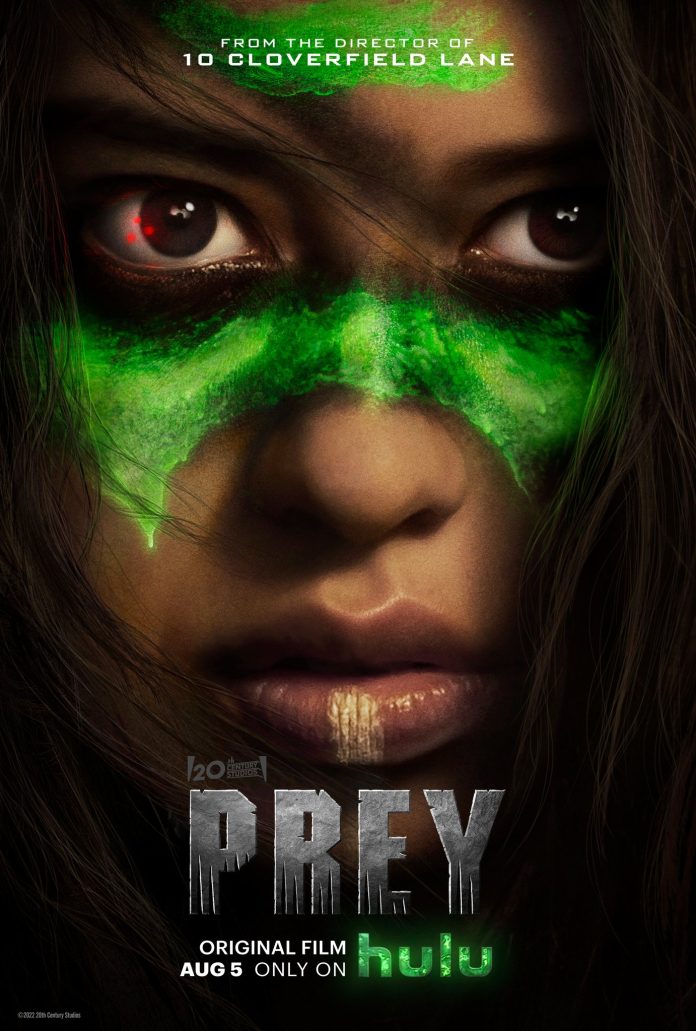 Every young actor that has ever graced the big and small screen, has had that one movie or TV show that elevates their career onto the next level of stardom. Prey, the prequel to the iconic Predator movie franchise, may have done that for young Native American actress Amber Midthunder (Legion, Roswell, New Mexico). Her earnest, powerful, and compelling portrayal of the young commache warrior Naru makes you as the audience want to root for her. This may be down to Midthunders own charisma and ability, to take everyone on this journey with Naru. Prey takes the Predator franchise to its bare boned origins, of warriors trying to battle the greatest hunters in the universe. It showcases the human spirit, one’s will, skill, courage and resourcefulness against all the odds. Prey feels like the true trilogy to the sequel which has been missing for over 30 years. It connects and expands the Predator universe, respecting the mythology and the two original films that starred the legendary Arnold Schwarzenegger and Danny Glover.

Set in the Comanche Nation 300 years ago, “Prey” is the story of a young woman, Naru, a fierce and highly skilled warrior. She has been raised in the shadow of some of the most legendary hunters who roam the Great Plains, so when danger threatens her camp, she sets out to protect her people.

The iconic green blood from the Predator on the face of Naru, used as war face paint is a very powerful image that I believe will be hard to forget. It will be ingrained in peoples’ minds as it captures a warrior ready to go to battle. The only thing missing was the chilling predator theme from legendary film composer Alan Silvestri. Prey breathes new life into the Predator franchise and invigorates it for a new generation of viewers, thus carrying on the legacy. What makes this film stand out is the sibling dynamic between Naru, the aspiring young warrior, and her older brother Taabe (Dakota Beavers) whom is the celebrated and best warrior in their tribe. Director Dan Trachtenberg and Producer Jhane Myers create this iteration that stands on its own. The beautiful cinematography, landscapes, music, and Naru’s use of her favourite weapon the tomahawk will become cult classic images in the franchise for years to come. The film is a primal, visceral and intense experience for all involved. Naru’s theme from composer Sarah Sarah Schachner is impressive and flows with Amber Midthunder’s portrayal.

PREY is available to stream on Hulu and Disney Plus.