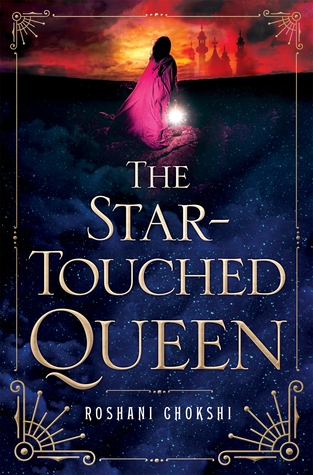 Our Hollywood News Source’s Most Anticipated book of the week is The Star-Touched Queen by Roshani Chokshi! I’m excited to see this lush, Indian mythology inspired book. Cursed with a horoscope that promises a marriage of Death and Destruction, sixteen-year-old Maya has only earned the scorn and fear of her father’s kingdom. Content to follow more scholarly pursuits, her world is upheaved when her father, the Raja, arranges a wedding of political convenience to quell outside rebellions. But when her wedding takes a fatal turn, Maya becomes the queen of Akaran and wife of Amar. Yet neither roles are what she expected. As Akaran’s queen, she finds her voice and power. As Amar’s wife, she finds friendship and warmth.

But Akaran has its own secrets – thousands of locked doors, gardens of glass, and a tree that bears memories instead of fruit. Beneath Akaran’s magic, Maya begins to suspect her life is in danger. When she ignores Amar’s plea for patience, her discoveries put more than new love at risk – it threatens the balance of all realms, human and Otherworldly.

Now, Maya must confront a secret that spans reincarnated lives and fight her way through the dangerous underbelly of the Otherworld if she wants to protect the people she loves.