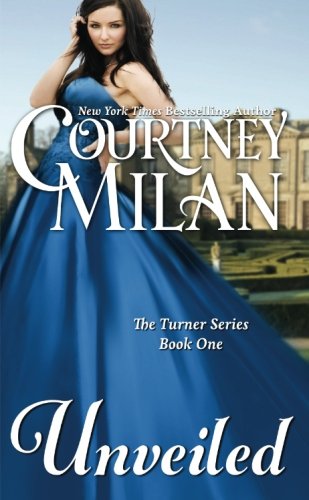 Of all Ash Turner’s accomplishments, stealing a dukedom from his old enemy is by far the most brazen. Now that he’s been recognized as the heir, nothing remains but to head to Parford Manor and survey the estate that will be his. He expects opposition. He gets Lady Margaret. Margaret lost everything when Ash claimed the dukedom: her dowry, her legitimacy, and her place in society. Now Ash wants to take her family home, too. She disguises herself as a nurse, determined to learn his weaknesses. But the closer she comes to Ash, the greater the pull of his reckless charm. If she wants to reclaim what she has lost, her only choice is to betray the man she is beginning to love…

Unveiled is a blended story that roots for love, whether it’s filial or romantic, meshed with an intriguing buildup.

The story follows Ash Turner, a self-made man who rose to power by outwitting his enemies. He is determined, and he’s not afraid to get his hands dirty if the situation requires it. His desire to take revenge on the man who had forsaken his family has landed him as the possible heir of a dukedom.  Then, he meets Lady Margaret. To his knowledge, she was the nurse to the duke of the manor, but little does he know, she’s one of his children.

I started reading a handful of regency books last year. There are so many that stood out for me, they all have an uplifting ending, swoony romance, and feminist values. What makes Milan’s books shine brighter for me is how she makes everything more unique. (Note: this is not a jab to other regency authors). She has a distinctive voice that I didn’t know I yearn for until I started reading her works.

The plot for Unveiled seems simple as if you’ve read it before. As expected, there is a robust presence of philosophy, politics, but the strongest focal point lies within the craft of the characters.  We have a selfish, callous hero who doesn’t conform with the parameters of the societal expectation. He’s the kind of Alpha male that respects and loves women. I love his unfailing loyalty to her brothers.

The heroine Margaret has been through several hurdles, but still she tries. I love how she constantly struggled with her familial duties and her honor. Her growth from page one to the end has been notable.

The romance is spectacular, it made my eyes misty at some point. Ash seduces–offers everyone he knows regardless of their station a promise of their self-worth. And to Margaret, who is barely hanging onto her insanity, he is dangerous. The validation is too tempting.

Similar to each other, they are both caught in between their loyalty to their family. There’s boundaries. I love how Milan avoided the usual plot device such as miscommunication for drama. This is the romance we all need.

“And then you looked at me and you told me I mattered. You didn’t need theories or arguments to make me believe it. You just… looked. And you believed.”

They’d touched before— in affection, in lust, even in comfort. But her hand, stroking his, returning the strong grip he gave her— this was something different.

“There is… there is something I came here to tell you, Ash. There’s a great deal you don’t know about me. But right now, I want you to know one thing.” Her hand whispered up behind him, finding the nape of his neck. She drew his head down to rest against hers.

“You matter,” she whispered to him. “You are important. And you are the single most magnificent man I have ever had the honor of meeting.”

Unveiled is a remarkable introduction to a series. It’s a good primer for new readers dipping their toes into regency romance. The short e-novella, Unlocked, set in this world is also a great read. It is not to be missed.