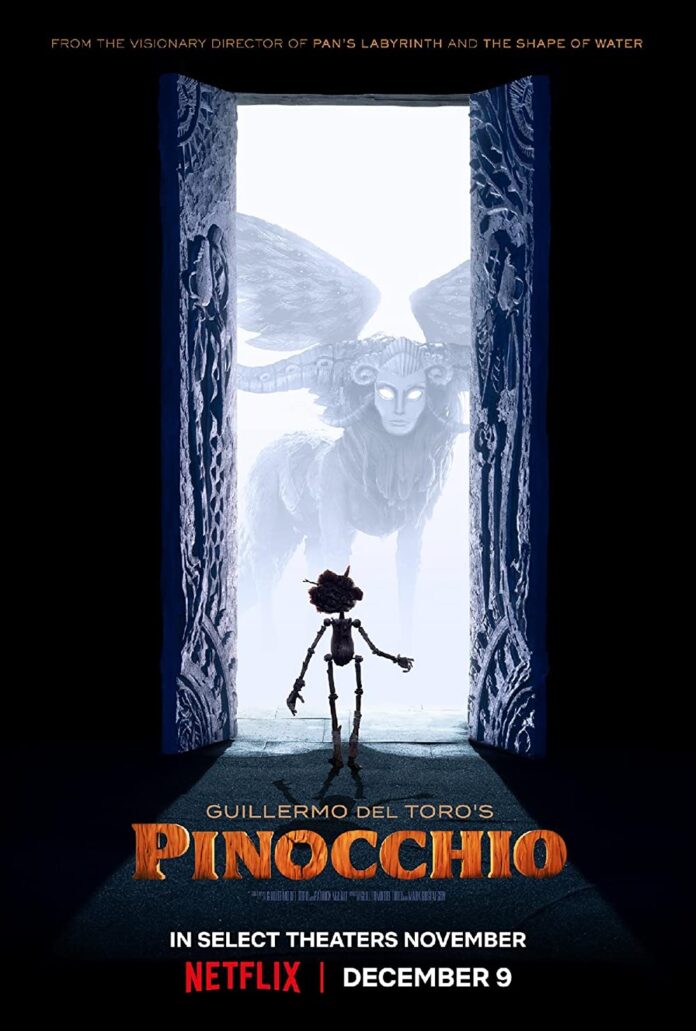 A darker retelling of an age-old story? Count me in! Guillermo del Toro recreates the story of “Pinocchio” with stylish animation and a fresh perspective. When a grieving woodworker loses his son, he creates a wooden puppet and wishes life upon him.

On his journey to become a real boy, this puppet must learn to follow his conscience and avoid the temptations of life. All taking place in Mussolini’s Fascist Italy.

At the helm of a creative mind like del Toro, I was confident this adaption would be worthwhile. This retelling of “Pinocchio” offers a distinct creative approach, lavishing in an edgy, dark animation style that fits the tone of the film nicely.

This also fits with the new ideas being explored, too. The themes in the original “Pinocchio” are integrated into the story, but the new perspective examines how authoritarianism, greed and ignorance can impact a community — especially those not involved within the conflict. A new interpretation is an interesting change of pace that feels warranted.

The voice acting was also a standout. There are some surprisingly big names featured, but the standout was Ewan McGregor as Mr. Cricket. In fact, I actually preferred his interpretation of the character to the original because his influence on Pinocchio was much more intimate.

Being that this rendition is darker, it can elaborate further on the dark themes represented in the original film. So much so that I think a PG-13 rating would have been more appropriate. The film is quite bleak and more relatable to adults than children. I really enjoyed this aspect, but it’s something to keep in mind for parents showing it to their children.

I don’t have many gripes about the film, but a few rendered aspects could have catapulted this into masterpiece territory. I suppose the largest issue with the film is that certain scenes intended to be emotional didn’t resonate as much as they should have.

The plot is incredibly sad at times, especially in the first act. But the rest of the story didn’t quite hit those notes as well. I also felt that the anti-fascist undertones were a bit on the nose. del Toro struck a tighter balance with these ideas in “Pan’s Labyrinth” than he did here. They made more sense and were more emotionally impactful.

I can confidently say that Guillermo del Toro’s creative mind soars in this retelling of Pinocchio. The story is examined with a fresh lens that’s worth examining.

This is far from the Disney version that audiences are familiar with, but I highly recommend checking it out if you’re willing to see a darker version of this story.

Check out other movie reviews on Hollywood News Source here!