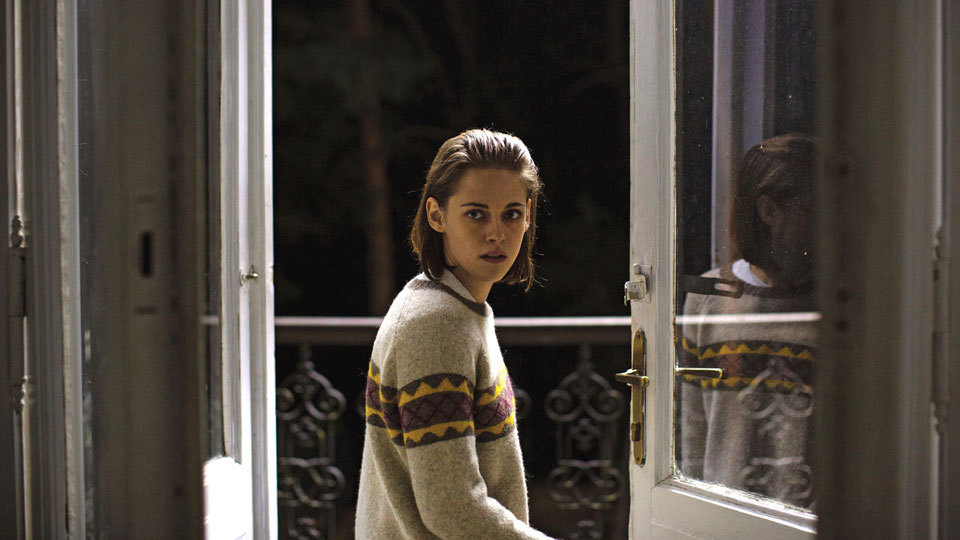 Check out our film review for Personal Shopper! Maureen Cartwright (Kristen Stewart) is a personal shopper for an aloof high profile celebrity (Nora von Waldstatten) in Paris. Her job is boring and unfulfilling but she remains in Paris trying to come to terms with the recent death of her twin brother Lewis.

She and her brother shared a similar heart defect and they made a pact to try to contact the surviving twin if either one died. Maureen spends every spare moment waiting for a sign from Lewis and researching documented accounts of people seemingly making contact with loved ones after death. She stays in his empty home for days at a time and has ghostly encounters but not with Lewis.

Maureen’s desperate need to communicate with her brother leads her to have many bizarre experiences including text messaging with an unknown individual she hopes is Lewis and later doing risky things based upon the suggestions made by the anonymous person.

There are many layers to this movie and the revelation of each layer forces Maureen to re-evaluate her life and beliefs as the result of the events that happen around her. Eventually she realizes the truth of her desperate search to communicate with Lewis and perhaps the viewer also learns that the answers we seek were always there and we just never recognized them.

Kristen’s performance in the film was powerful and riveting. She was in almost every scene and truly captured the deep emotional longing and grief of her character. Most everyone has experienced the death of a loved one or dear friend and can relate to her character’s intense desire to communicate with them wherever they are…Kristen portrayed it so well!

I’m aware there’s been debate about the ending of the movie but I enjoyed the final scene and thought it made sense, was a perfect ending to the film. Personal Shopper opens today, March 10, in select theatres and I hope you see it!