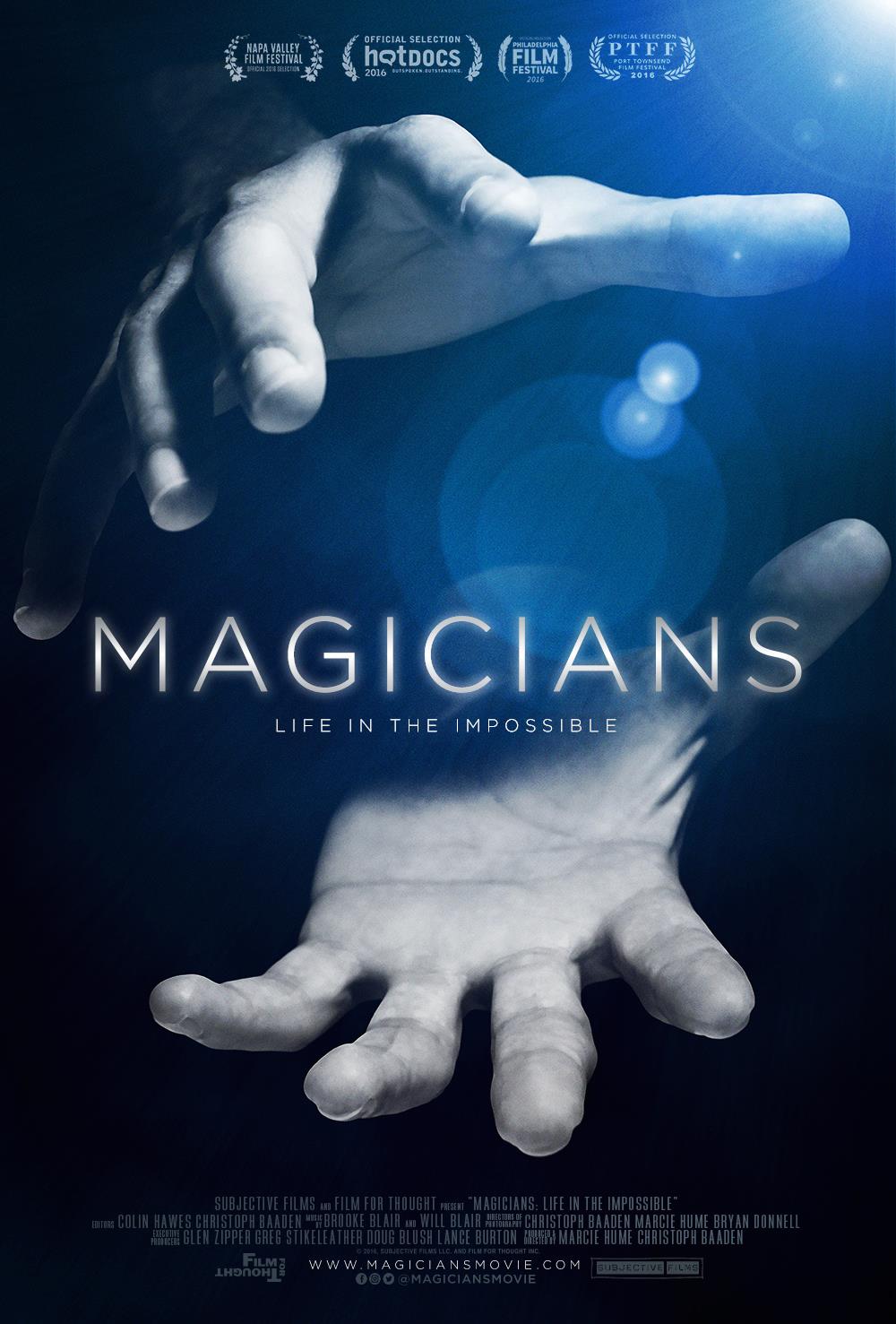 HNS recently attended the LA premiere of the documentary film MAGICIANS: LIFE IN THE IMPOSSIBLE. Check out our review of the film below! More than ever magic is back in the forefront of entertainment with films such as Now You See Me, Dr. Strange, Fantastical Beasts, and TV series Magicians.  A new documentary by filmmakers Christoph Baaden and Marcie Hume brings us even closer to the magic and the lives of those who perform this great art. MAGICIANS: LIFE IN THE IMPOSSIBLE takes its viewers on an intimate and whimsical experience as it follows four magicians and their relationships with the world of magic.

Equal parts awe-inspiring and heartbreaking, MAGICIANS: LIFE IN THE IMPOSSIBLE captures the world of professional magic and the challenges that come with seeking illusory fame in a business where being sawed in half is the norm. The film follows four magicians on and off stage, exploring why they so passionately dedicate their lives to the craft of illusion. From the most humbling of road gigs to the grandest performances, from finding love to terrible personal loss, their journeys reflect the elation and struggle of preserving with a passion no matter what gets in the way.

MAGICIANS Official Trailer from Film For Thought on Vimeo.

MAGICIANS: LIFE IN THE IMPOSSIBLE opened my eyes to the world of magic in a way that I haven’t been exposed to before. It showed the true side of magic, which included the triumphs but also the struggles, the highs but also the lows. It is really a well-rounded account of a magician’s life. In a Q&A after the film, the directors described the process of making the film, stating that they had originally started the documentary about magic, but then after meeting all the magicians (in meetings at the Magic Castle), they made the switch to focus on magicians. When the switch was made to focus on the characters, they decided they wanted to go small and intimate with the characters, they wanted to dig in with much more personal, emotional stuff. And they definitely succeeded.

Director Marcie Hume reluctantly explained the story of how she got into magic. She stated she can distinctly remember the moment she began getting obsessed with it. It was in 2007, after watching TV. She stayed up for three straight days trying to figure it [the magic] out, and her obsessions grew from there. It became very apparent that magic has a very personal meaning to both directors, Hume and Christoph Baaden, and they really did a great job of translating this onscreen. This passion for the art of magic extends well into the film. The passion the magicians in the documentary have for their craft is tangible. These men (and one woman!) have sacrificed so much in their lives to get to where they are today. Before this documentary, I don’t think I ever thought about magicians in this way. As someone who lives in Los Angeles and always sees the “starving artist” types in actors and musicians around me, I never would have thought to include this small category of people. Their journeys were very similar to a struggling actor or musician, in that work is very fleeting and they are always experiencing the anxiety of looking for their next gig. The work in their field is not always plentiful, and you have to want – REALLY want – to be in this line of work. It is not an easy job. There were a lot of sad times highlighted in the films, both professionally and personally. These were the moments that really made me root for each magician and really solidified my love for the film. I highly recommend checking out this documentary!

MAGICIANS: LIFE IN THE IMPOSSIBLE is now available on VOD and for purchase on Amazon! Click below to get your copy!

Learn more about the film by visiting their website www.magiciansmovie.com.