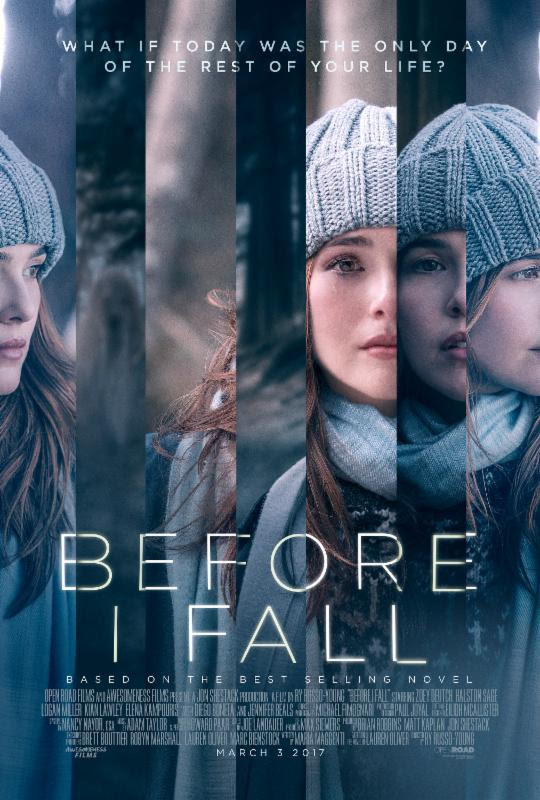 Check out our film review of Before I Fall below! What if you had only one day to change absolutely everything? Samantha Kingston has everything: the perfect friends, the perfect guy, and a seemingly perfect future. Then, everything changes. After one fateful night, Sam wakes up with no future at all. Trapped reliving the same day over and over, she begins to question just how perfect her life really was. As she begins to untangle the mystery of a life suddenly derailed, she must also unwind the secrets of the people closest to her, and discover the power of a single day to make a difference, not just in her own life, but in the lives of those around her–before she runs out of time for good.

Before I Fall is a refreshing new YA adaptation that tells a story that’s never been done before. In Hollywood, that can be a particularly challenging feat, so I was very pleased after seeing the movie that I felt I had seen something so unique and new. The film beautifully captured the heart of YA and the complicated dynamics of being a teenager. The overarching theme brought about a lot of questions that really make you think. What is truly important in life? If you were stuck in a day, how would you spend that day? A lot of very deep, meaningful philosophical questions are brought to the surface as the protagonist, Samantha, navigates this. Over time, Samantha really transforms as a person. She starts the film out as a young, naïve girl in a popular group of friends who are sometimes not very nice and very blind to the world outside their little bubble. By the end of the film, however, Samantha really expands beyond this and sees the world through a different lens. I also really liked that she does this not by focusing on others’ faults (such as mean girl Lindsay), but by listening and opening herself up to everyone. The end result is quite beautiful, and if the rest of the world followed suit, the world would be a lot better off. And who knows, you might just save a life. If you are a big fan of YA adaptations like me, this is not one to miss!