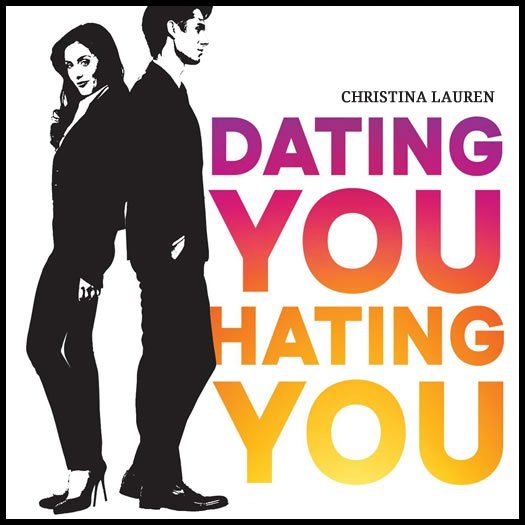 “Dating You / Hating You” by Christina Lauren was a book I definitely needed to read. It was funny, empowering and cute all rolled into one. Plus, the characters didn’t annoy me, and I want to be Evie when I grow up because she’s the definition of a successful woman who goes after what she wants.

Evie is a talent agent in L.A. who works for a pig-headed boss, who is literally the WORST. I liked Evie. She’s a rare breed in the romance novel department, and she goes after what she wants, even if that means not getting the guy. She was witty, a little weird and a successful woman. In other words, she was such a real character.

Carter was the kind of guy you would like to take home to meet your parents. He was dedicated, passionate and also a little nerdy. Who doesn’t like their male characters a little nerdy? I think that made him even more likable.

This book wasn’t too heavy in the romance department, but there was some scattered throughout. This was a friends to lovers to enemies…to lovers…kind of book. Yeah, it sounds confusing, but trust me when I say the back and forth relationship between Carter and Evie was so worth it. The two began with being friends and then that turned into a relationship type thing. Unfortunately, their blossoming romance was put on hold because both of their agencies decided to merge. Suddenly, the pair was competing for their jobs. One of my favorite aspects of the romance between them was it was slow-burn, but you always knew the attraction was there. When they finally got together at the end, I wanted to play an empowering Taylor Swift song I was so happy. It was about time. Plus, them opening their own talent agency together at the end was so dang cute. I ship it. If you want to read a book where the main female is fierce af, this is the book for you. Evie was not afraid to get her hands dirty to go after what she wants. Like I said before, I want to be her when I grow up. She was forward and didn’t let Carter’s charms wear her down for the job promotion. Also, can we talk about how she had a hand in her boss going to jail? Yep, she was able to catch him in a fraudulent scheme that got him arrested. Talk about the best kind of revenge against a sleazy boss. Also, Evie didn’t need a man to be successful; she was successful on her own. Snap.

The book showcases, also, how women are treated in some workplaces. Not only did Evie realize she wasn’t being treated fairly like the men in her office, but Carter noticed it as well. As seen from the quote above, Carter speaks the truth. We saw how hard Evie had to work to prove herself, and even then, her boss didn’t treat her with the respect she deserved. Instead, he would focus on her flops instead of her successes. It was refreshing to read a book where gender treatment in the workplace is talked about, and the end result is great. Evie ended up sticking up for herself and making her own dang business! You go, girl.

There were moments in the book where I tried so hard not to laugh out loud. You know how awkward it would be to laugh out loud during your lunch break at work? Probably very awkward. Evie and Carter were continuously trying to prank each other throughout the book, and some of the instances were very comical. For instance, I loved when Christina Lauren wrote about Carter walking around the office without regular coffee when Evie switched it out to decaf. Talk about the perfect way to trip someone up. I really felt for Carter at that moment…because decaf coffee? I wouldn’t have been able to make it through work either without running into walls as well.

Then, there was the whole planning on a way to get Carter back after he put bronzer in Evie’s lotion. All her friends were gathered around her in the bathtub, and then Daryl’s assistant, Eric, came waltzing in. There’s always that one person who has an idea that crosses the line. Well, Eric is that person. His idea of getting Carter back was to basically try to catch him in credit card fraud. When Evie exclaimed she didn’t want Carter to get arrested, he had to think on an idea again. That scene was all kinds of amazing. Overall, the interactions between Carter and Evie or them with their friends was hilarious.

4.5/5 stars. I would highly recommend if you’re looking for a fun, lighthearted book. I literally laughed so much during this book. Plus, the two main characters are adorable together and separately.