To celebrate the 25th Anniversary of cult film franchise Clerks a number of its stars attended MCM Comic Con London. 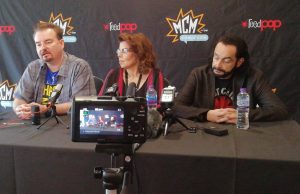 Brian O’Halloran, Marilyn Ghigliotti & Scott Schiaffo took part in an interview with Hollywood News Source in attendance. Jason Mewes was, unfortunately, unavailable but that didn’t stop us from learning a great deal about what went into producing the original Clerks film.

Check out the interview below.

There was even a little talk about the rumours regarding future films. Check out the rest of our MCM Comic Con London coverage on our YouTube page.