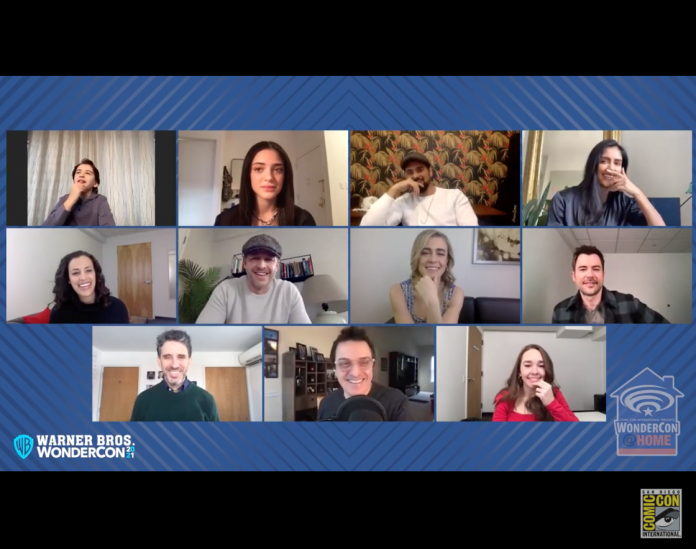 We tuned in to the Manifest virtual panel at WonderCon this past weekend, and had the best time catching up with all our favorites from the show. Read on to see what the Creator and actors teased about Season 3! But beware: this post contains spoilers galore.

Here are 18 things we learned from the panel!

We also got to see a long sneak peek that was filled with spoilers and so much goodness. Some things in this sneak peek were: boats, Ben speaking a foreign language, Ben, Cal, and Michaela all getting a vision of what looked like the passengers blowing up?! (don’t quote me on this… obviously it will make more sense when we see the full episode), Ben finding the boat that Cal saw in his vision, an unknown child in hiding (who we find out during the panel is played by actress Holly Taylor), and Zeke and Michaela on the beach enjoying their honeymoon!