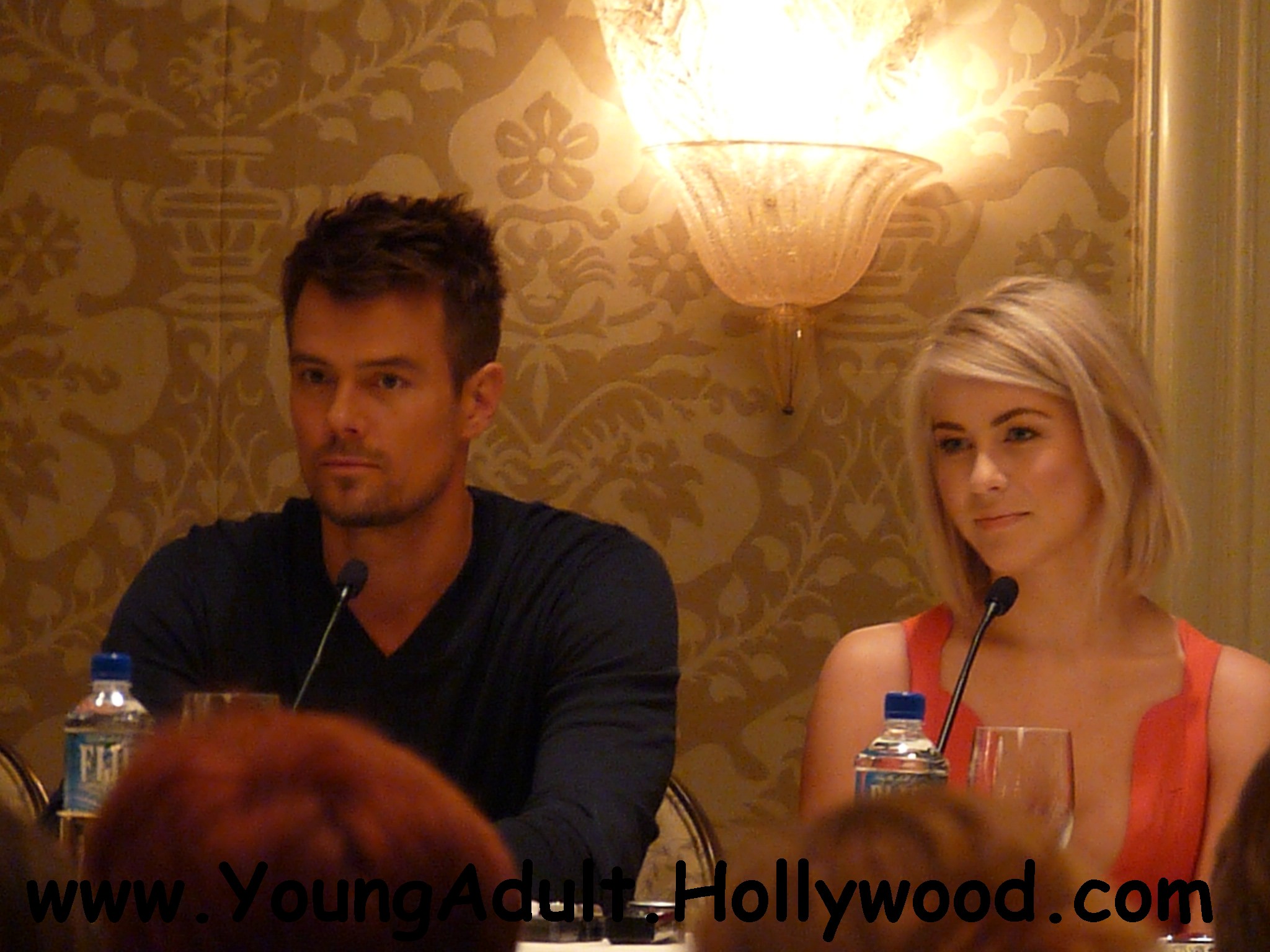 The press conference for the upcoming film Safe Haven based on the novel by Nicholas Sparks starring Julianne Hough and Josh Duhamel, directed by Lasse Hallstrom took place  in Beverly Hills, CA on Friday January 25, 2013.  In attendance were director Lasse Hallstrom, actor Josh Duhamel, actress Julianne Hough, author Nicholas Sparks and producers Wyck Godfrey and Marty Bowen. As a special treat the original song from the Safe Haven soundtrack We Both Know was performed by artists Gavin DeGraw and Colbie Caillat. An affirming and suspenseful story about a young woman’s struggle to love again, Safe Haven is based on the novel from Nicholas Sparks, the best-selling author behind the hit films The Notebook and Dear John. When a mysterious young woman arrives in a small North Carolina town, her reluctance to join the tight knit community raises questions about her past. Slowly, she begins putting down roots, and gains the courage to start a relationship with Alex, a widowed store owner with two young children. But dark secrets intrude on her new life with such terror that she is forced to rediscover the meaning of sacrifice and rely on the power of love in this deeply moving romantic thriller.

You can check out more about Safe Haven before it hits theaters on February 14th at the following sites!