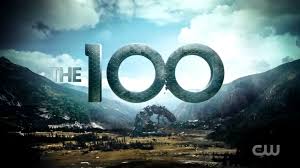 Disclaimer: There will be spoilers.

Season 2 ended on a particularly high note. Like BANG people are dead and things are happening! Woah! What’s going on?!

Did you see the trailer for the new season? It looks epic!

We start with Murphy and Jaha at the City of Light. It’s been 3 months and things are rough. We don’t really know what happened in that time yet. I suppose they’re going to do flashbacks over the next few episodes.

The Arc is now called Arcadia and there are lots of new people to come into play.

Clarke is on the run because as rumour has it, she’s being hunted by all walks of life, apparently. While the folks at the ARC are trying to find her, they’re also settling in to regular life on Earth. It’s been three months without a war.

So what do I think? I’m going to be brutally honest and say I was a little underwhelmed. But I’ll try to explain.

I feel like the show has already lost the spark, the grit that made it so watchable. Yeah, it’s dark, and has ‘grit’ in a sense, but I feel it’s trying to become something other than what it is: a teen sci-fi dystopian. I mean, let’s not sugar coat it. That’s what it is. There was a lot to take in which didn’t help my feeling.

On the other hand, it’s good to see all my beloved characters back on screen. I love Bellamy (but not his new girl. I mean, Bellarke FTW!) and Clarke, though I was a bit uncomfortable with a particular scene she was involved in.

Despite Jasper getting on my nerves, I did enjoy the scene with him in the jeep with the gang singing (though where the music – and earphones – came from, I will never know). That took me back to the fun times from the earlier S2 episodes.

And then there was Raven! I have so much love for her, and let’s just say she wasn’t always my fave. She’s been through so much and still never gets a break, but she puts on a brave face and rarely lets on anything is wrong. You go, girl! (Also, I personally know what it’s like to suffer from chronic pain.)

MURPHY! That guy was once on my hit list. Now? Now I want more more more! We didn’t see much of him in this episode but I’m hoping things will look up. Also, the City of Light thing? What was that, a drug?

The new intro (not tons different but still…) is looking nice and sleek, and obviously a lot of money has gone into making this a much bigger, broader show. They’re branching out with storyline and new characters. It’s clear they have lots of faith in it, and that’s great. I just wish they’d kept the heart I feel makes this show so brilliant. I’m sure I’m in the minority for thinking this, but that’s the beauty of opinions. They’re not all the same.

As for the upcoming episodes, I still have hope that I’ll get into it. I’m hoping it’s just because they’re setting up a new plot and that it will eventually even out its stride.