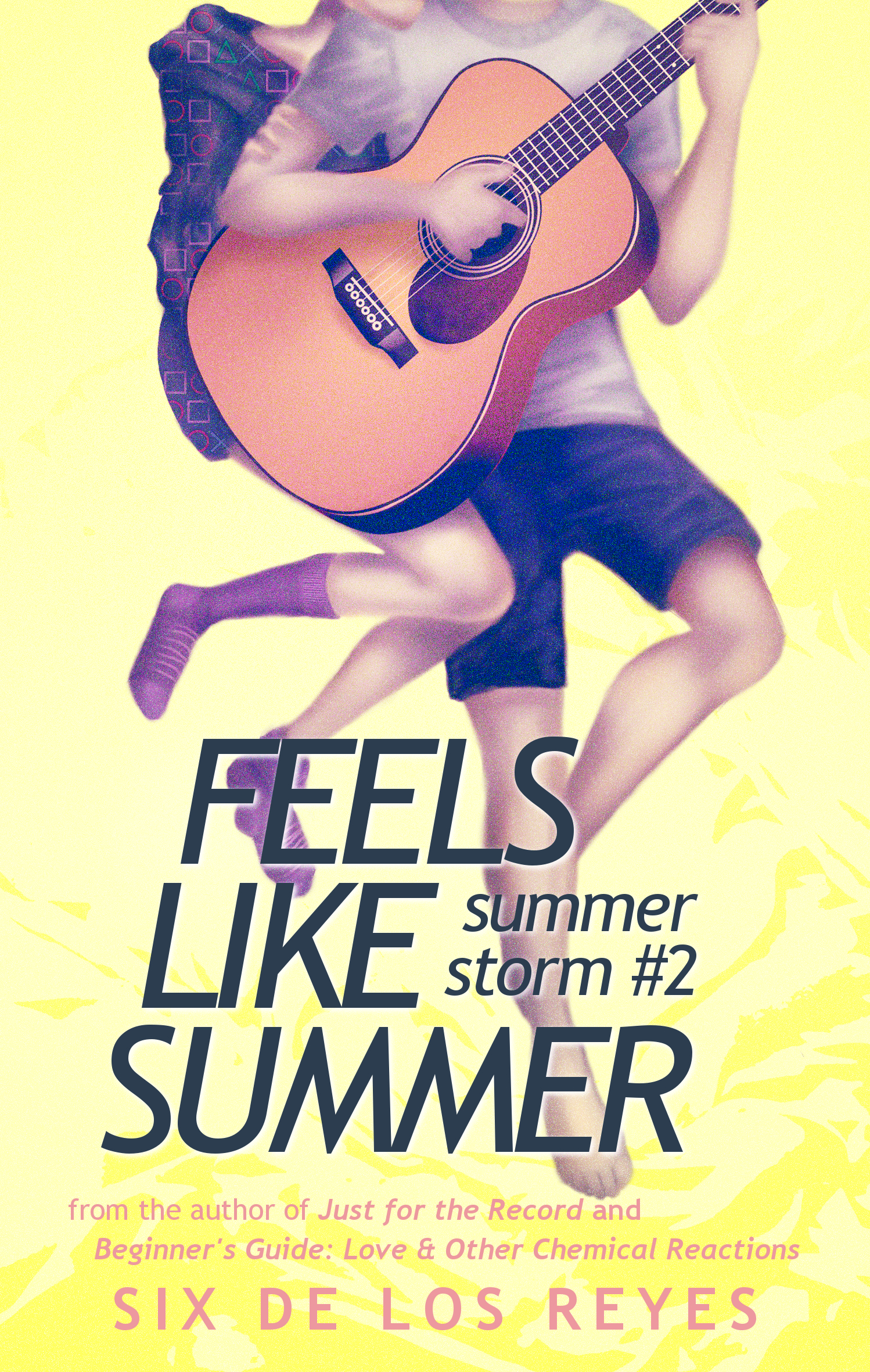 Feels Like Summer is the standalone sequel of Sounds Like Summer. Written by Six de los Reyes, who also penned Beginner’s Guide, which was named as one 2016’s Great Reads of NPR.

The novel follows Jett who was roped into becoming the five-minute girlfriend of Adrian. He’s the front man of a band Arabella and he’s currently nursing a heartache. With the help of his obnoxious band mates, he found himself a beau that can pretend to be his muse for the night.

The trope is, ‘it’s all fun and games until someone falls in love,’ which is always a personal favorite. De los Reyes is a connoisseur of weaving unassuming characters with swoon-worthy story. Today, she’ll be here to talk about her latest romance book.

What was your inspiration in writing Summer Storm series? Have you mapped it out in terms of how many books you’re planning it to be?

Six de los Reyes: The Summer Storm series is very close to my heart, I love summer, I love the beach, and I love music. It only makes sense I put them all together in one super music festival with my entire cast of characters and then some. I’ve released Sounds Like Summer and Feels Like Summer, and I currently have Looks Like Summer lined up next. I honestly don’t know how many books this will span, but I’m always open to more Summer Storm books!

Congratulations that Beginner’s Guide was picked by NPR as one of their 2016’s Great Reads! That’s very well deserved. Did you ever think this book would receive such warm reception?

Thank you so much. To be honest, my goals for Beginner’s Guide were very modest. All I wanted was to write about lab lives and love lives, do it the way I know how and tweak it with the bits I know my fellow academics would appreciate, and put it out there. That’s it. I did not expect people to love it the way they do or for the book to be received this warmly across oceans and time zones—truly, I appreciate it. The response has been overwhelming. I’m still surprised every time someone mentions it. I’m still pinching myself to check if this is the real life!

Feels Like Summer is your fourth novel, how would you differentiate it from your previous works?

First of all, I think the glaring difference would be that this is my first novel that goes all the way steamy. Really steamy. As hot as Philippine summers can get. I also experimented with writing a stronger female lead, a softer love interest, and the internet best friend. The rest of the novel follows what I think is a characteristic of my writing: the ensemble cast of characters and shenanigans.

What kind of genre or trope would you like to explore?

I would definitely love to explore Urban Fantasy + Mystery and Paranormal Romance, and I do have something planned out for that. We’ll just have to wait and see what goes.

I’m planning to publish two more novels this year, one is NA with a soccer player LI, and a YA novel with a violinist MC. As for my writing plans, in brief: a currently untitled novella set outside of Manila, Field Guide: Love and Other Natural Disasters, and maybe, hopefully, cross your fingers and toes, that Rhys novel I’ve been working on forever. Five-minute girlfriend. This is what Jett signs up for when she meets Adrian and his band Arabella at beach music festival Summer Storm. One kiss and the attraction is too electric to ignore, but Jett has no room for love and Adrian is Mr. Relationship who’s getting over his recent breakup. The solution? Keep it simple. Keep it casual. For three months (that’s the rule about breakups, right?), Jett helps Adrian move on and Adrian shows up on Jett’s bed whenever she wants.

Then the three months are up and neither of them are in a hurry to be the first to leave. Does Jett walk away from a potential disaster or does she finally let someone into her closely-guarded heart?