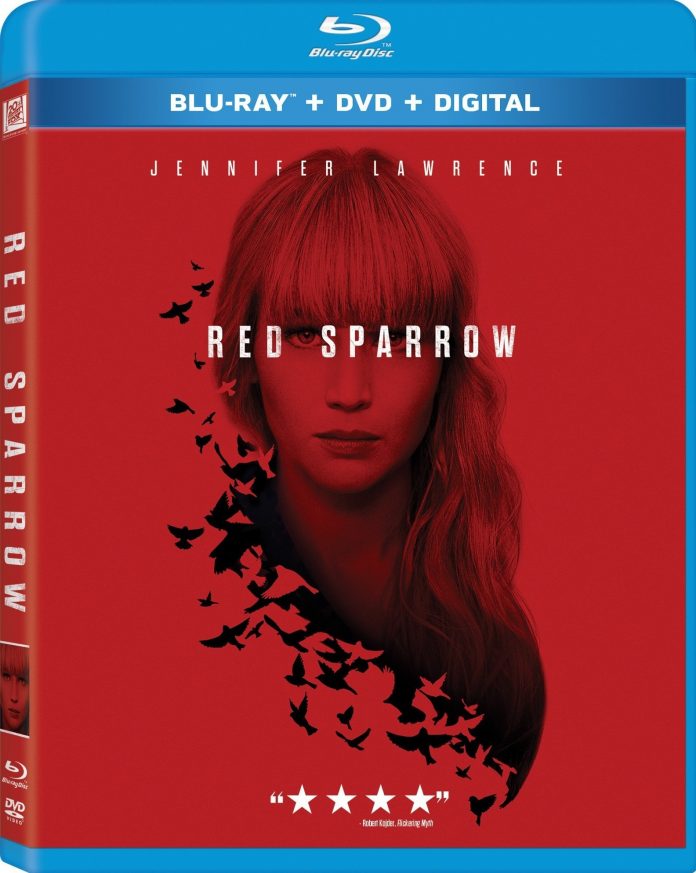 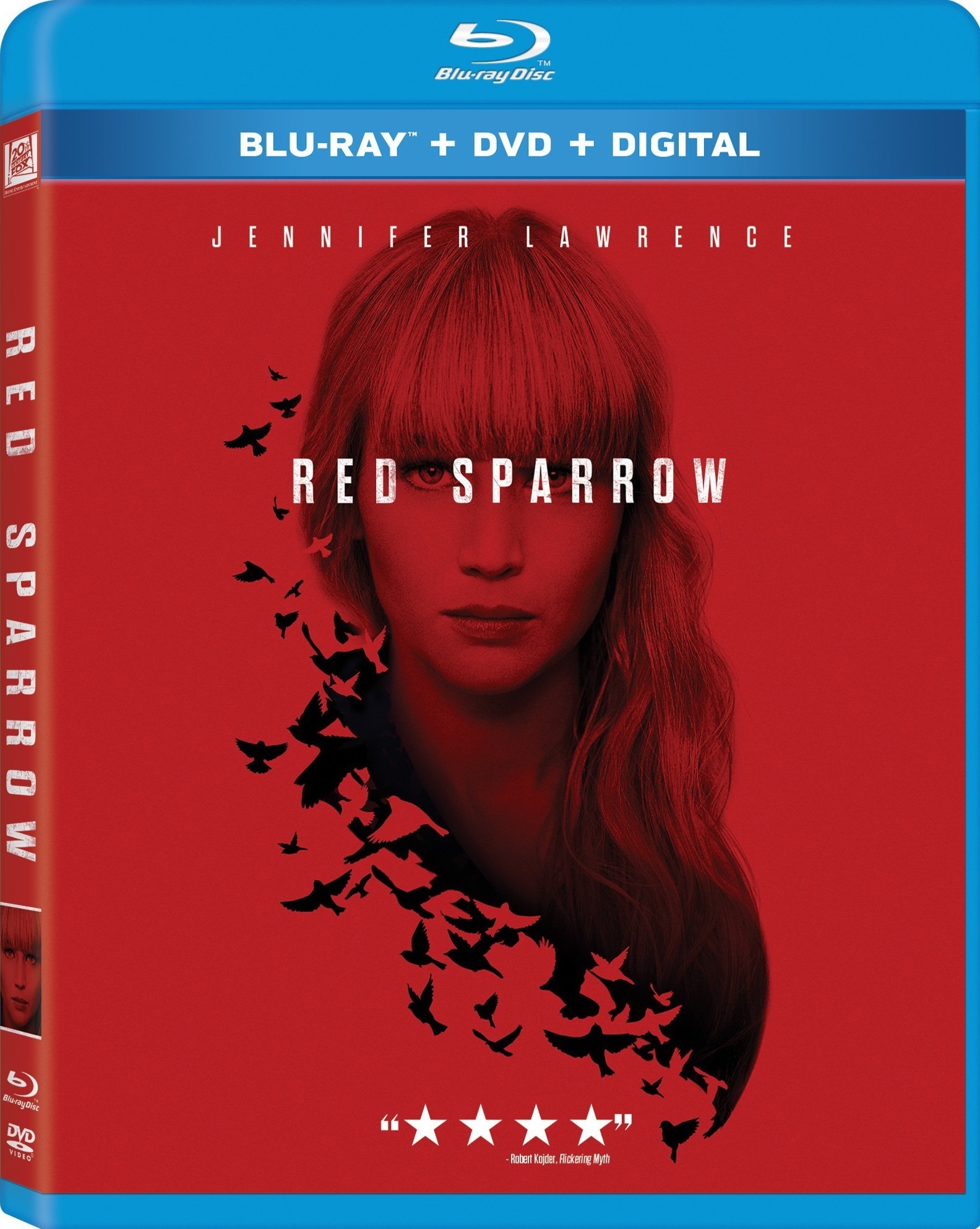 Twentieth Century Fox Home Entertainment was kind enough to send a copy of the Red Sparrow DVD for review, so here it goes. Using my best non-industry descriptive words, I would say Red Sparrow is a spy-action-thriller with a side of dysfunctional romance. It stars Jennifer Lawrence (Dominika Egorova, Russian ballerina turned spy), Joel Edgerton (Nate Nash, requisite hot American spy with a kick-ass name) and Matthias Schoenaerts (Vanya Egorov, Dominika’s Uncle, who is also a spy and a jerk). The movie was directed by Francis Lawrence (no relation to Jennifer, but he also directed her in three of the four Hunger Games movies so there’s that), a director whose work I typically enjoy.

Regardless of this line-up, I did not see the movie in theater and mentally braced myself before watching the DVD. Mostly because, come on, a ballerina turned spy was almost as unbelievable to me as Lawrence playing said ballerina, because, let’s face it, she is not a trained/skilled dancer. However, what she IS, is a trained/skilled Actor who had a good story to tell and a director who knew her well enough to help her tell it most capably. I’m sure others (trained ballerinas and/or spies) could find fault with various elements of the storyline but I put on my Suspension of Disbelief Hat and just enjoyed the story. 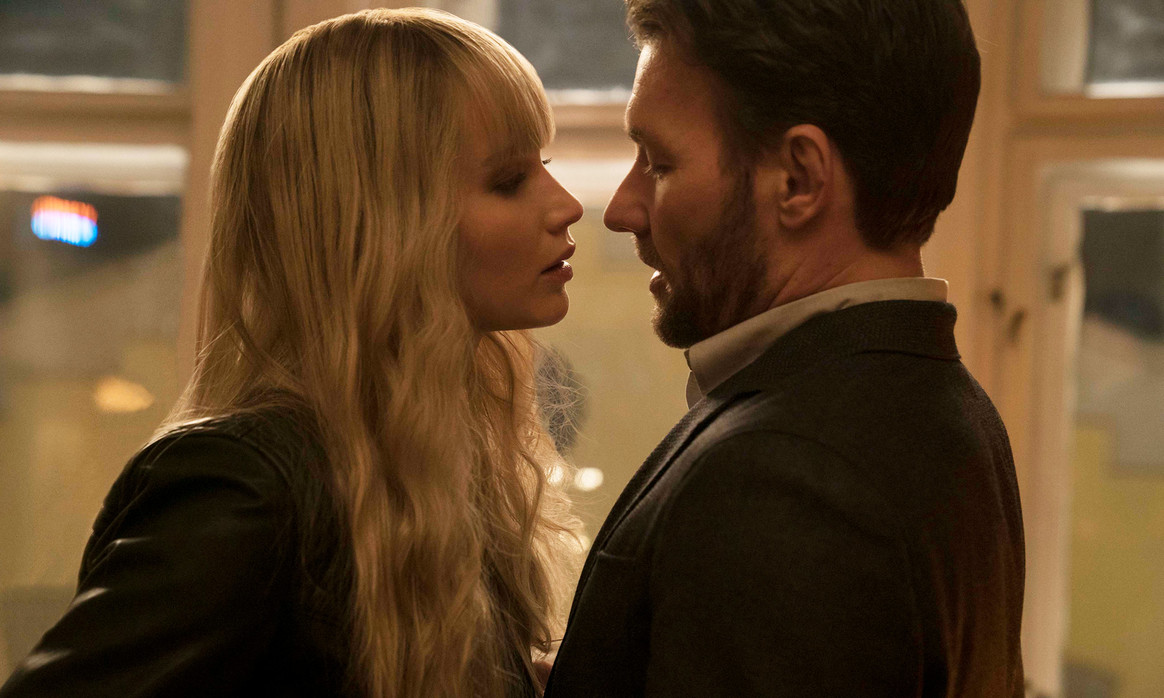 And I did enjoy it. During the movie we watch Dominika go from an acclaimed ballerina to a pawn whose body and future becomes “property of the State,” no thanks to her uncle, the big jerk. I’m not sure why it had to have a romantic element, but if that is important to you, you’ll be happy to know there is some. For those who don’t care, know any romance was true to the characters and was less lovey-dovey and more like aggressive-stress-relief-turned-personal. It worked for the story, I can say that. I don’t want to spoil the entire plot because I think should watch it and then maybe re-watch it because you will catch things the second time you missed on the first go. 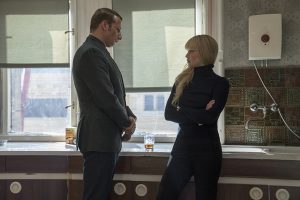 As you may have heard, Lawrence flashes some body parts in this movie.  This is true, so count on nudity in the movie. There is also the previously mentioned aggressive sex which may be uncomfortable for some. There is violence and gunfire and other things you’d expect in a spy/action/thriller. I think the R rating was a good call and have no plans to allow my teens to watch it. All in all, I’m giving it an 8 out of 10 because I enjoyed it more than I thought I would and because the story was fun to watch unfold and there was a lot going on. I really wanted to know how it ended.

My favorites were the commentary and deleted scenes. The deleted scenes help fill in some of the blanks that weren’t really essential to the telling of the story, and were likely cut due to time. They were definitely fun to watch. There is also a director’s commentary, which I always enjoy; geeky, I know, but I do. Have you seen Red Sparrow? What did you think? Share your comments!