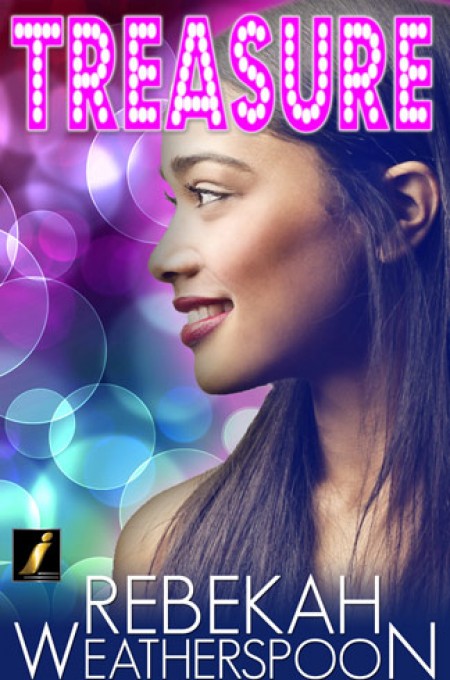 This week Rebekah is kind enough to join us for an interview. She talks about her latest series Beards and Bondage, representation for QPOC, publishing advice, writing, and upcoming books.

Every book is different as most authors would say and you’ve penned several, from your oldest Vampire Sorority Sisters to your latest Beards and Bondage, which one is the most memorable experience for you?

Rebekah: Oh man. They are all memorable for different reasons. I would have to say FIT because it was the easiest for me to write. Violet and Grant just flowed and I had the most fun with them in terms of the process of getting the words on the page. SO FOR REAL was the hardest to write because Michael and Kayla were so in love and I had just been dumped.

Most of your books have QPOC, several of them have f/f endgame while some are f/m. It doesn’t have to be same-sex pairing to count as a queer representation. I also noticed that they are always sex positive and very feminist. How vital it is for those intersections to be shown in the text?

Rebekah: I’m a walking intersection (queer, black, fat, dealing with ADHD and depression) so for me that’s just how I see the world. People are complex and layered. They also deserve healthy love and respect. So why not put all of that into a romance.

There was a heroine trend before where only “good girls” who are sexually clueless could be deserving of love and respect. While you have queer vampire ladies of color, sex worker mc, heroine that has a sugar daddy. They are not afraid to embrace their sexuality. They are the worst nightmare of every misogynistic, racist, and homophobe assholes. How do you pick and craft your heroines? I really love that they are different from one and another, but all are awesome.

Rebekah: I usually come up with what kind of story I want to tell first. So with Keira in Sated I wanted to write a black geek girl. She also already worked the gym with Grant and Armando. I had to figure out what kind of girl she was, top to bottom, and look at how the world would see her, being super in shape and gorgeous, but also being a HUGE sci fi nerd, and how she sees herself.

Do you have any specific genre or tropes that you haven’t done but would like to try someday?

Rebekah: I have a queer sci-fi YA romance brewing. We’ll see what comes of that.

If one of your books can be a movie, which one would you choose and why?

There’s a lot of hurdles for authors of color in the publishing industry. And you’re considered as one of the pillars of the community, what’s your advice to aspiring authors, especially those who are writing queer romance who feel daunted?

What’s next for Rebekah Weatherspoon this 2017?

Rebekah: Not being drafted for Trump’s WWIII. Just kidding. Kinda. The rest of the Beards & Bondage series will take up the remainder of 2017 and the first part of 2018 and then I’ll be writing the So Sweet spin-offs featuring Kayla and Michael’s friends.

Her interests include Wonder Woman collectibles, cookies, cheesy pop music, football, American muscle cars, large breed dogs, PBS documentaries, cartoons, naps, and the ocean. If given the chance, she will cheat at UNO. She was raised in Southern New Hampshire, Rebekah Weatherspoon now lives in Southern California where she will remain forever because she hates moving.