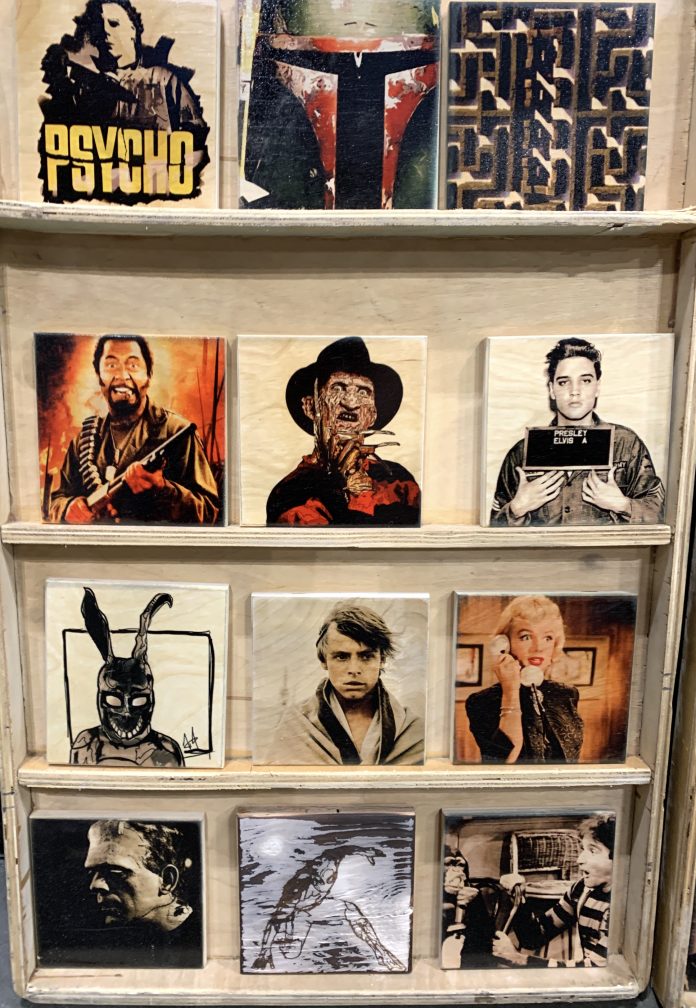 HNS attended Los Angeles Comic Con this year, and as usual, the convention did not disappoint! The convention united fans across multiple fandoms and showcased an appreciation for all things pop culture across panels, signings, and exclusive events. Los Angeles Comic Con (L.A. Comic Con) celebrated its ninth and best-yet year in the entertainment capital of the world at the Los Angeles Convention Center. In 2018, over 106,000 fans joined L.A. Comic Con for celebrity panels, autograph signings, activations, comics, cosplay, and pop culture fanfare. The event plays host to 800+ artists and vendors, selling comics, collectibles, art, toys, apparel, and everything in-between. This year, 130,000 guests including 10,000 kids over three days attended. Attendees had the chance to get up close and personal with some of the biggest and best names in the entertainment industry with a handpicked selection of panels, events, costume contests, and meet and greet opportunities. Special guests included Clarke Wolfe, Ron Perlman, Drake Bell, Gerard Way, and actor Elijah Wood.

Here is a collection of HNS exclusive photos we took this year at the convention, featuring awesome cosplay, panels from My Hero Academia and My Chemical Romance, top-notch fan art at booths and more!

When attending a con, it can be so tempting to spend all your time waiting for the big ticket panels about the hottest upcoming movies and shows – but there are so many hidden gems in the programming, especially when it comes to opportunities for industry insights from brilliant people. We attended the “Wonder Women in Entertainment” panel at LA Comic Con, which featured an impressive lineup of women working in various sides of the entertainment industry – from writing to law to social media and more. Panelists including Jenny Klein (Writer, Supernatural, The Witcher, Jessica Jones), Courtney McNulty (Counsel, Sony Television), Jenifer Passovoy (Producer, RuPaul’s Drag Race), Tiffany Smith (Actor, Harry & Meghan: Becoming Royal), Natalie Viscuso (Creative Executive, Legendary Television), and Courtney Worth (Senior Digital Manager, Digital Media Management) shared some incredible insights on topics like imposter syndrome, mentorship, women supporting other women, and much more. They stressed the importance of networking, getting feedback and support from trusted friends, knowing when to say no, and remembering that your next win is right around the corner. We will always cheer for women who are killing it, and this panel certainly qualifies.

While the floor at LA Comic Con had your typical endless Funko Pops, fandom t-shirts, and all-too-tempting Artists’ Alley, we also spotted some fun finds that we haven’t seen at every con. Aside from a surprising array of psychics and tarot card readers, one of our favorite finds was Cantrip Candles, which purveys candles designed to enhance your tabletop roleplaying game experience. We’re talking scents like The Library Scriptorium (with notes of parchment, aged wood, and leather), Goldwheat Bakery (yeast, bread, flour), and Black Hound Tavern (whiskey, firewood). These really bring your adventuring world to life, and we can’t wait to try them in action. We also loved stumbling across Goozee Pins, which had so many awesome pins and stickers, including a ton of Pokémon designs – from the originals to a sparkly Charizard to mashups of Pokémon with Marvel, Studio Ghibli, Disney films, and more. In the words of Harry Potter (incidentally, the subject of a mashup Pikachu sticker series sold here), we’ll take the lot.

L.A. Comic Con is Los Angeles’ biggest and best multimedia pop culture convention, held annually at the Los Angeles Convention Center. L.A. Comic Con assembles the most exciting, new and innovative in comics, movies, sci-fi, fantasy, horror, anime, gaming and all things pop-culture, making it Los Angeles’ ultimate pop-culture destination. With over 106,000 fans at last year’s event, L.A. Comic Con expects the 2019 event will be their biggest ever. The two-time Fan-voted NerdHQ Con of the Year, L.A. Comic Con is one of the most diverse and celebrated geek and pop-culture events in the United States, giving fans once-in-a-lifetime opportunities to truly interact with their favorite creators and major players in the entertainment industry. The L.A. Comic Con team strives to make all your nerd fantasies come true!