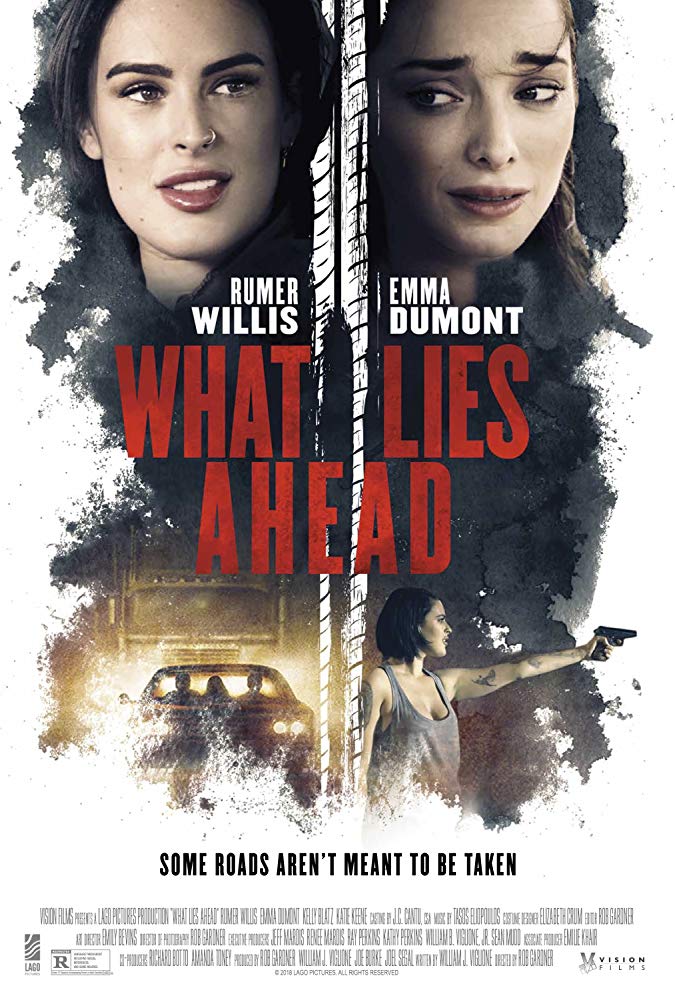 We got the chance to speak with debut director Rob Gardner on his thriller What Lies Ahead. What Lies Ahead is a 2019 thriller film starring Rumer Willis and Emma Dumont. It was directed by Rob Gardner and was released on the 1st March 2019.

When two young women are thrown together on an unexpected road trip, an aggressive peril emerges between them that grows stronger with each passing mile.

Read the entire interview below.

What made you choose this as your first directorial project?

My producing partner at Lago Pictures, William Viglione and I had worked together years before in commercial production, and we had also written a wonderful family short film based on a true story.  However, we felt that we really needed to put together a feature, and shelve the short for a while.  So, months later he came to me with the idea for the thriller, “What Lies Ahead”.

What have you taken away from your directorial debut?

I think the thing that struck me most is that, when the shooting of the film was over, is how much I love what I do.  One of my go to lines is, “it’s the best stress I’ve ever had”, and I’m ready for more.

My days started early and ended late, but being prepared everyday I walked onto the set was part of the equation that made for a smooth running shoot.  With our limited time and budget, we had to make the most of our day.  But let me say, I had my great friend and mentor by my side with the shooting of this film, producer Joel Segal.

What would you like viewers to take away from the film?

I want this to be first and foremost an enjoyable, entertaining film experience for them.  I would also like them to walk away from the movie talking about the twists, and what they did and didn’t see coming.

How familiar are you with the work of the lead actors?

I was somewhat familiar with the Rumer Willis and Emma Dumont’s previous work, and revisited those performances once we found that they had shown interest in the script.

When we had talked with our casting director, J.C Cantu, he told us Rumer was interested in a part, however soon after, she was summoned to Broadway for the role of Roxie in Chicago.  We had some scheduling conflicts along the way, which in retrospect played to our favor, as Rumer had finished with the Roxie role and was again available.

Emma came in to read for us.  She had recently come off of Aquarius on NBC, playing opposite David Duchovny.  I sat down to view her audition and within the first minute and a half, I was sold.  I didn’t even finish watching the rest.  I then called William and said, “I want Emma for Jessica”.

I was very excited to have them be a part of the film.  They brought a wealth of talent and professionalism to the production.

Can you tell us about your background prior to this?

I was a youngster when my dad gave me a camera to run around with, and from there I’ve been shooting ever since.  I produced and directed my first commercial for my high school yearbook, which was then broadcast on the closed circuit system within the school.  I did a little acting after high school, but was far more interested in what was happening on the other side of the camera. What advice if any did you pass on to the actors?

The thing I wanted my actors to know before we began shooting, is that we need this to be fun, but we also needed to work very hard.  We had a lot of pages to get through each day, and Rumer and Emma brought their A game.  They came prepared every single day, and even though we never ran into overtime with them, we did fight extreme heat and humidity, which can be fatiguing, and make an ordinary day seem much longer.

Did you allow for or indeed encourage any improvisation from the actors?

I never want to over direct, and I feel that I bring people into a production because they’re the right fit.  That is true with my actors and my crew members.  From the beginning I felt that Rumer and Emma had a good grasp of the characters long before we started.

I did tell them that I wanted them to find their voice in the character, to explore their feelings in the words, and not always the words that were on the page.  In some situations I feel that if the actor knows where point A begins, and knows that they must get to point B, the route does not have to be a straight line.  There were only a couple creative chats we had on the direction of a scene.  Again, I wanted Rumer and Emma to give that character a distinctive voice, and that is true of all who worked on this movie.